The future is here and it's electric.

Porsche Trinidad and Tobago is rolling out its fully electric Taycan Cross Turismo.

Porsche gave members of the media a look at the new crossover SUV at their Lifestyle Motors Headquarters in El Socorro on Thursday.

Very early versions of electric cars were mocked for being slow and generally unremarkable but Porsche is saying you lose none of the style or performance you'd come to expect from them by switching to electric.

"It's a special market for those car enthusiasts who really love the performance and features that the brand delivers," said Brand Manager Anil Dookeran. " On the base model, you can go 0 to 60 in 5.1 seconds so that is pretty fast" 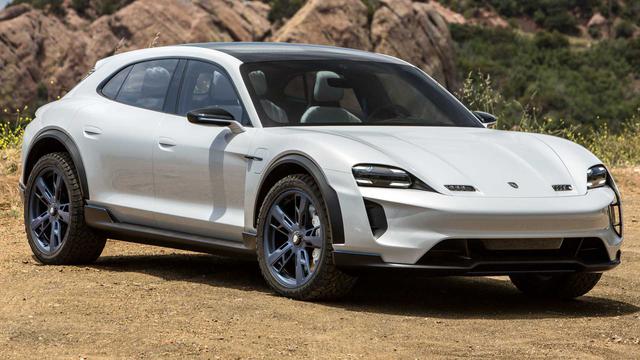 The Taycan can travel between 350km and 450km on a full charge.

Though charging an electric vehicle on the go isn't as easy as running into the nearest gas station. Currently, there are charging ports at the Trinidad Hilton, Piarco Plaza and at Lifestyle Motors in El Socorro. For best performance, an overnight charge is recommended.

Locally government has been incentivising hybrid and electric vehicles as a push to reduce the country's fuel consumption.

"We had a lot of interest and then you had a number of subsidies removed in the last budget it was brought back so I would say within the last 6 months interest has skyrocketed, " Dookeran said.

Although there is interest, there are limited incoming units available for pre-booking and production has of course been hampered by worldwide supply chain issues.

"We do see that things will settle back down but that is not stopping our clients from coming in, building their Porsche and placing their orders," he added.