Concentrating solar power first emerged on the renewable energy field just a few years ago, and critics were quick to go on the attack. Nevertheless, fans of the technology forged ahead. Now all that hard work is about to pay off, and the EV battery supply chain could be a beneficiary.

At this writing, Russian President Vladimir Putin seems intent on murdering as many people in Ukraine as he can. Millions are fleeing and in need of assistance. To help refugees from that conflict and others, donate to Doctors without Borders or other reliable aid organizations.

As the name suggests, concentrating solar power systems collect solar energy that reflects from fields of specialized mirrors called heliostats, or from long, curved metal structures called parabolic troughs. The reflected energy is concentrated on a specialized oil, molten salt, or other transportable medium, to generate high heat for use in running various industrial processes.

All else being equal, a concentrating solar power system could store enough solar energy to tide itself over for night-time hours, and coordinate with other renewable energy systems to deliver electricity on same 24/7 capability expected of fossil and nuclear power plants.

While the Obama administration promoted next-generation nuclear technology, it also counted on concentrating solar power to showcase the ability of US innovators to push the renewable energy envelope into 24/7 territory.

At the time, critics charged that concentrating solar power systems were too expensive and complex, but the prize of 24/7 dispatchability was a tempting one back then, and now Russia’s homicidal rampage through Ukraine has raised giant new red flags over the security risks inherent in both fossil and nuclear energy systems.

In particular, Russia’s attack on nuclear facilities in Ukraine demonstrates how easy it can be for one rogue nation to threaten an entire continent with widespread disaster. The unprovoked war has undercut the argument that nuclear energy should play a vital role in rapid global decarbonization.

The nuclear argument had gained force as the 2015 Paris Agreement on climate change took shape, with top US investor Bill Gates leading a pack of A-list financiers in the newly hatched Breakthrough Energy Coalition and its sister firm, Breakthrough Energy Ventures.

Breakthrough’s focus on nuclear energy is no surprise, considering that Gates is also a backer of the nuclear firm TerraPower. However, in tune with Breakthrough’s broader mission of energy innovation, Gates was also an early backer of the concentrating solar power startup Heliogen.

So, how do the two Gates ventures stack up? TerraPower’s modular design still appears to be in the “experiment” phase. A proposal is in the pipeline to build the first one in Wyoming with a hearty assist from the US Department of Energy, but critics have questioned whether new designs can avoid the cost and efficiency issues that have bedeviled the nuclear industry in the US.

Even if all goes according to plan it will be years, perhaps decades, before the modular design angle pitched by TerraPower can prove itself on the market.

Meanwhile, Heliogen already appears to be one jump ahead. 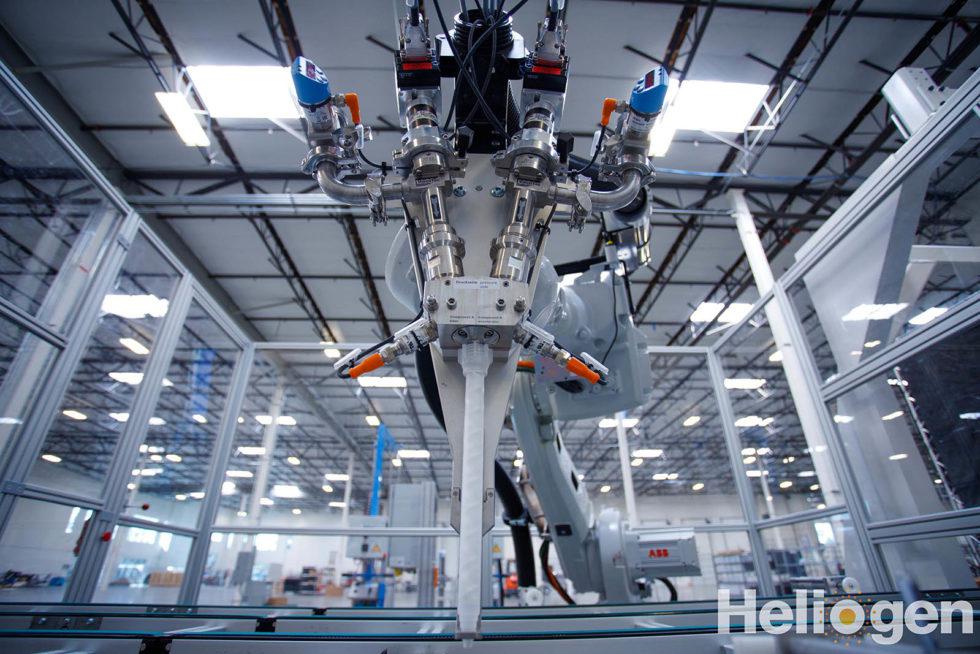 In terms of the modular approach to manufacturing, Heliogen could be the TerraPower of the concentrating solar power field, only with a much greater chance of bringing its modular business model to market.

The main bottom line issue with both nuclear and concentrating solar power is that costs are higher when each project depends on site-specific tailoring. If modular components can manufactured in quantity at a central location and shipped out, costs should drop significantly.

For concentrating solar, that opens up the potential for co-locating solar operations with industrial facilities, and that is what Heliogen appears to have in mind.

Heliogen first crossed the CleanTechnica radar back in 2019, when it burst out of stealth mode.

“While TerraPower has been pitching nukes, the Heliogen research team has been hammering away in deepest secrecy at its research facility in Lancaster, California, with the aim of developing a concentrating solar power system that can deliver temperatures of more than 1,000 degrees Celsius,” we observed. “Reading between the lines of Heliogen’s first ever press release, that puts the new solar system in direct competition with fossil fuels for high-heat industrial processes including cement and steel production.”

Heliogen’s contribution to the concentrating solar power field is the application of high efficiency supercritical carbon dioxide technology. The basic idea is to shrink the size of components, lower costs, and promote modularity.

Last December was a busy month for Heliogen. The company went public and finalized the terms of a $39 million Energy Department award, aimed at supporting the company’s plans for its first new commercial scale manufacturing plant, to be located in Long Beach, California.

“The Company will apply the funds received from the DOE towards a commercial-scale facility leveraging its AI-enabled concentrated solar technology,” Heliogen explained. “In particular, the DOE funds will support the implementation of Heliogen’s unique concentrated solar technology which couples its AI-powered heliostat field with a supercritical carbon dioxide (sCO2) power cycle.”

“Steam-based power cycles are typically used in thermal energy plants to convert heat into electricity, but advanced sCO2cycles will reach higher efficiencies at lower cost with a smaller footprint and reduced water use,” Heliogen added. “With its numerous advanced technologies, the Heliogen system is expected to unlock the production of low-cost, near 24/7 carbon-free electricity, highlighting the potential for concentrated solar technology to power industry and accelerate the clean energy transition in the United States and beyond.”

Heliogen announced the launch of preliminary work on its new manufacturing facility last month, and it won’t be long before we find out whether or not this thing works. The company is aiming for a Q3 startup this year, and the first heliostats to roll off the assembly line are already slated for Heliogen’s first project, which appears to be a mine in Boron, California, under the Rio Tinto umbrella.

As described by Rio Tinto, the Boron mine is one of only two “world class” sites for borates in the world. The mine has been operating since 1927 and concentrating solar power will give provide it with an opportunity to reduce its carbon emissions by about 7%.

That’s good news for electric vehicle fans who are concerned about the carbon footprint of the EV materials supply chain.

In an interesting twist, last year Rio Tinto also revved up a demonstration facility at the Boron site, aimed at recovering lithium from waste rock. If all goes according to plan, the mine will help contribute battery-grade lithium to the domestic EV supply chain, so stay tuned for more on that.