How do you stop people from stealing copper wire from street lights?

St. Paul Public Works installed tamper-proof screws on light pole bases and used other methods to try to make wire inaccessible, but thieves have still found ways to get to the wire by resorting to battery-powered tools.

If they’re frustrated enough, they’ve used sledgehammers to access wires and even vehicles to knock over light poles — “then we have even more damage to contend with and even maybe an emergency situation,” St. Paul traffic operations division manager Joe Spah told the city council Wednesday.

Another strategy: The city marks wires with “City of St. Paul,” however thieves remove the markings so they can sell them.

“For everything we try to do, there’s an action in response and then we’re trying to deal with that response,” Spah said. “And so it’s kind of a cat and mouse game.”

With wire theft costing St. Paul Public Works nearly $295,000 last year, compared with about $105,000 in 2020, city workers and officials are continuing to look for creative solutions.

There are ways the public can help, including reporting street lights that aren’t working by filling out a form at stpaul.gov/streetlights and dialing 911 if they see suspicious activity around street lights, such as people who appear to be “working” but no city of St. Paul vehicle is in the area.

Beyond the costs, city council President Amy Brendmoen underscored that there are parts of the city “that are perpetual victims of wire theft, which leaves areas unlit and unsafe.” 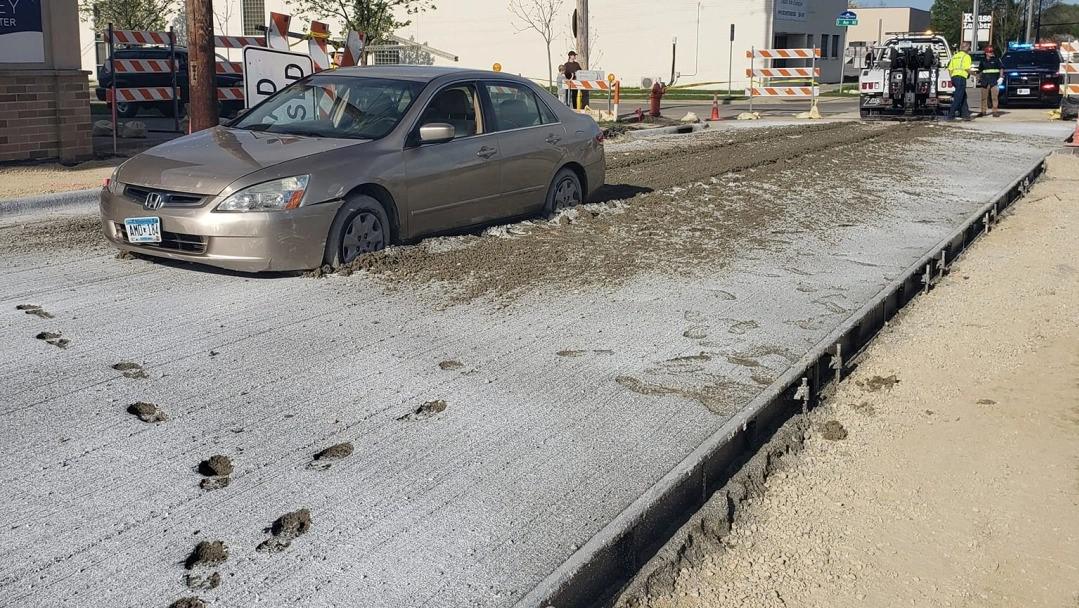 Areas that are not highly residential and that are less heavily traveled at night — such as Phalen Boulevard, Johnson Parkway, Shepard Road and Warner Road — are places where wire thieves go because “there’s not a lot of eyes on those areas,” said St. Paul police Senior Cmdr. Kurt Hallstrom.

The thefts can also be difficult to keep up with — there are places where city workers have replaced stolen wire two to three times before it’s stolen again a week later, Spah said.

Copper wire theft from street lights is not a new issue, but it hasn’t happened “to the degree that we’re seeing it right now,” Spah said. It’s a problem nationally and the most common target of copper theft is air-conditioning units.

The amount of money that people could get from selling copper to scrapyards was fairly consistent from 1960 to the mid-2000s. But since then, the rate has sharply increased and also fluctuated, Spah pointed out. In 2008, the rate was about $1.29 for a pound of scrapped copper, it was just over $2 per pound last year and is currently at nearly $5 a pound, according to Spah.

“We don’t have a direct correlation of number of thefts to actual price,” Spah said. But he noted that thefts typically subside over the winter — it’s more difficult to steal wire when it’s frozen in the conduit — and there was not a reprieve from thefts this past winter.

St. Paul has looked at alternatives to copper wiring, but different types of metals are also attractive to thieves. Though the city has switched to some smaller wires that have about half the amount of copper as the traditional size, thieves “don’t hesitate to take it,” Spah said.

The city has also examined whether solar power could be an option for street lighting, but it doesn’t currently meet the city’s lighting needs and there are infrastructure challenges.

Thieves get into light poles and cut the wires, then go back later to pull the wires out, Hallstrom said.

“We’ve actually stopped quite a few people that are in the proximity of the light poles,” he said. “… In these areas, you can see for a mile in either direction, so when they see a car coming, they put down their tools … and then they walk away.”

If police don’t catch them in the act, it’s difficult to prove someone’s involvement in wire theft, and therefore to make an arrest or seek criminal charges, Hallstrom said.

The nearly $300,000 cost to Public Works from last year doesn’t reflect the full picture — it’s what the department was able to fix and replace in a year because it’s a non-budgeted expense. The numbers also don’t include the costs of wire thefts from street lights in city parks, which are the responsibility of Parks and Recreation.

“I know that we would rather solve this problem than budget for the loss,” Brendmoen said.