Toyota finally has an EV and it's perfectly OK

Electric vehicles have reached a key milestone on the road to becoming ubiquitous. That's because Toyota, America's best-selling automaker, is now selling one.

You might be surprised to learn that Toyota hasn't, before now, sold a widely available, real electric vehicle in America. But they have not. Not really. Toyota, a pioneer in hybrids with the Prius —the name means "To go before" in Latin — hasn't been "going before" with electric vehicles. Tesla, Nissan, General Motors, Ford, Volkswagen, Audi, BMW, Hyundai, Kia and others have all beat Toyota to market with electric vehicles. There were two generations of Toyota Rav4 EVs, but those weren't available nationwide and, besides, they were really just regular Rav4 SUVs fitted with batteries and electric motors. The second generation of Rav4 EVs had Tesla, not Toyota, stuff inside. Toyota has long had a more conservative view of electric vehicles than some other automakers that have pledged to go all-in, or nearly so, on EVs. Toyota isn't pledging to make nothing but EVs by any set date. 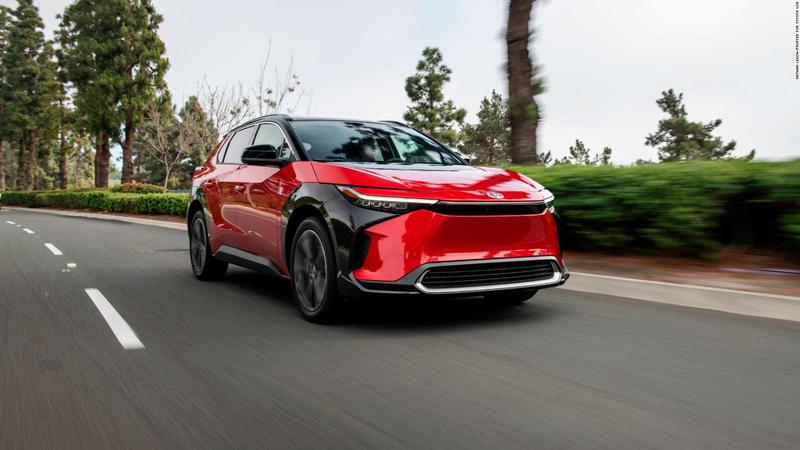