MENU
Home > Suv > Sharp drop in used-car prices in UAE, is it the right time to buy?

Dubai: Selling a used car is proving hazardous for owners in the UAE, with values in the secondhand market dented by 5-15 per cent in the second quarter compared with first quarter prices.

There were quite a few “distress sales” happening during the April to June period, as owning a car suddenly became a luxury they couldn’t afford for many. Plus, many getting on board the repatriation flights too had disposed off their vehicles at whatever price they could get.

But it was not just about individual owners selling – even fleet operators decided to cut down on their numbers of vehicles and which were then put up for sale. All of these cars coming into the pre-owned vehicle market at the same time meant prices too had to drop.

Even at these much reduced prices, “The market for secondhand vehicles is still soft and that’s why we will continue to see reduced vehicle valuation levels,” said Avinash Babur, CEO of InsuranceMarket.ae. 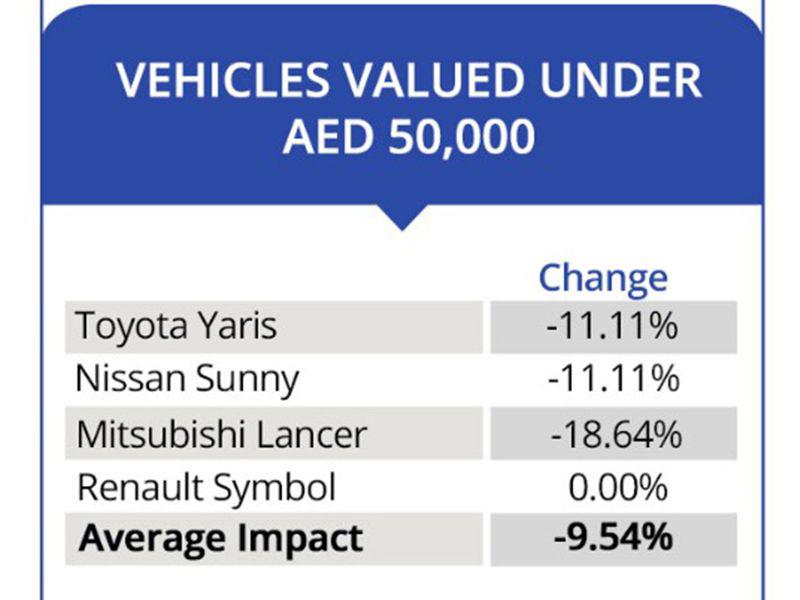 “So, you have lower demand while rent-a-car and fleet companies are selling their inventory as well.”

It doesn’t matter which price range the model belonged to initially, the pressure on their valuations at the time of disposal remains intense.

A Tesla Model X in the secondhand space is 15 per cent lower than what it would have been at the end of lf last year. A brand new model has a starting price of Dh425,000 plus. So, apart from the natural depreciation that the value of any vehicle goes through, now, they have to deal with reduced demand and a market suddenly awash with a flood of options.

Now, Tesla remains a niche model, and as such is better placed to hold off market and price fluctuations. A used Model X is currently listing at Dh285,000 plus. But what of the more mass market brands?

According to InsuranceMarket.ae valuations, the Toyota Yaris and Nissan Sunny have seen valuation dips of 11.11 per cent in the secondhand space, while a Mitsubishi Lancer has seen an average 18.64 per cent dip in the year-to-date. (Listed showroom prices for a new Yaris are from Dh43,000, and Dh48,000 for a base model Sunny. The Lancer is from Dh51,000 plus.)

“Used car dealers say they have to push their clients to offer a higher discount to buy their vehicles,” said Babur. “These are for bulk consignment sales. The overallimpact on vehicle valuation as a direct result of COVID-19 is in the region of 5 to 10 per cent lower.

“Chances are that prices could dip if more used cars end up in the market between now and mid-October, because that’s when 2021 model year vehicles will reach showrooms.”

While no one is predicting a rush of car buyers wanting to pick up the latest models or go for a trade-up, auto industry sources are hopeful the third quarter will see some marginal gains. In fact, any gain will be welcome after the washout that was the first and second quarters, when new car sales dropped off by more than 20 per cent.

What no auto distributor or manufacturer wants is a pile up of unsold older models. Industry sources say that most dealerships have reached tentative agreements on shipment targets for 2021 model-year vehicles.