Ferrari Purosangue is all set to be the first-ever SUV from the brand that has been famed for its iconic sports car models for decades. Ferrari cars may have been in the super fast lane in past times but times change and it is the Ferrari Purosangue SUV that is looking to deviate from the family while still keeping its genetics similar. And much like how exclusive Ferrari sports cars are, the Purosangue too could be a rather rare sighting on global roads with limited numbers up for grabs, according to a Ferrari official. 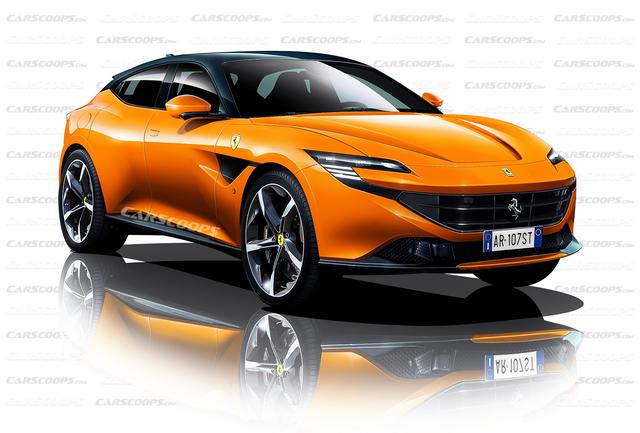 Dieter Knechtel, President of Ferrari Far East and the Middle East, told Aussie magazine CarExpert in a recent interview that the Purosangue will be rolled out in limited numbers much like sports cars from the iconic brand. This also means that those who already own at least one other Ferrari model would likely get priority for the SUV. “It will now be another range model, and even now with our range models there is no endless supply. So, we will be very careful to balance that properly," Knechtel was quoted as saying.

Ferrari Purosangue is a step away from the conventional with the SUV body type aimed at attracting first-time Ferrari buyers as well as a slightly younger car-buying audience. Globally, there has been a shift in preference towards SUVs and even brands like Ferrari and Lamborghini, known for their ultra fast, road-hugging sports cars, have realized the potential and scope. The Lamborghini Urus is already sold in key markets including India and has done wonders to the company's global sales volumes. The Bentley Bentayga SUV also fares reasonably well. So at least going by these indications, the Purosangue may well fare strong as well, despite criticism from some die-hard Ferrari fans that an SUV from the brand is ‘blasphemous’.

The Purosangue is closing in on an official debut in the upcoming months and is likely to hit very select markets by early 2023. Taller and larger than any other Ferrari model so far, the Purosangue high-performance SUV has been seen in camouflage during test runs, as well as in teaser images released by the company.