British luxury car manufacturer Bentley’s Orlando dealership created a very unique Bentayga Speed, called the Space Edition for one of its customers. The car was designed by Bentley’s in-house bespoke division – Mulliner, which is usually entrusted with adding an extra-special touch to its already-opulent vehicles. According to Motor1, the specially commissioned one-off creation by Mulliner, sports a shade called Cypress, a metallic grey with green undertones, which evokes the shade of the moon's surface. The Space Edition is said to be inspired by the Space Coast in Florida, which is home to the Kennedy Space Centre and Cape Canaveral Space Force Station.

Furthermore, it also features Bentley’s signature Blackline Specification instead of the usual chrome, which adds a touch of gloss black to the exterior trims. However, the Orange Flame accents around the entire lower edge of the vehicle are what catches the eye. The vehicle’s carbon fibre has been accentuated by an Orange Flame colour, which, according to the company, “takes inspiration from comet dust trails across the night sky,” the report mentioned.

On the inside, the car’s upholstery gets a mix of Beluga and Porpoise shades, bespoke treadplates depicting the planets of the solar system orbiting when you open the door. Additionally, the orange flame elements appear on the centre spoke of the steering wheel and the gear lever. A thin strip of the same colour also runs along with the doors and dashboards. The cabin has a Galaxy Stone finish for the door panels, instrument panel surround, and the matching section on the passenger side as well. 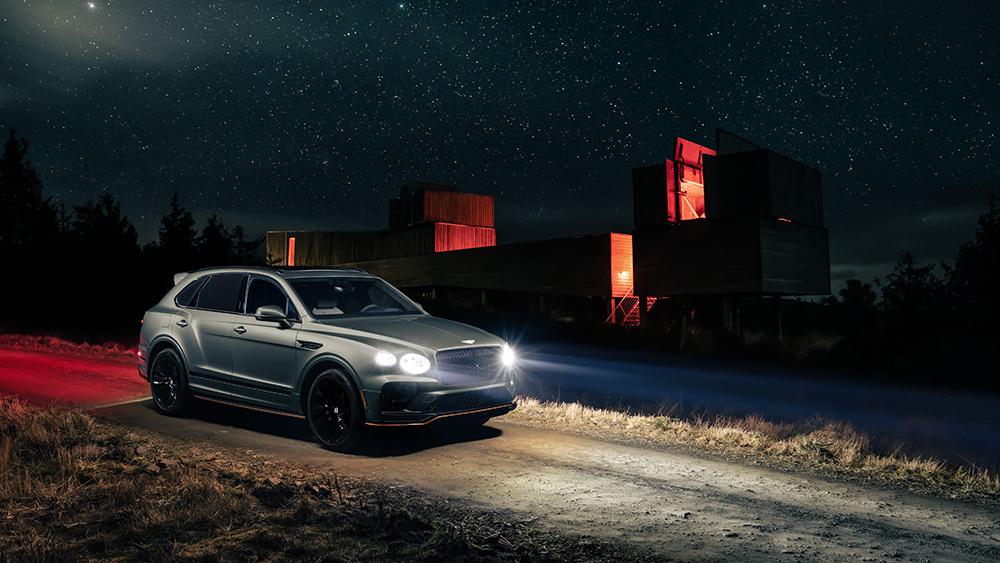 The upgrades for this special commissioned Space Edition are purely aesthetic. However, powering the Bentayga Speed is a 6.0-litre twin-turbo W12 engine that can generate 626 hp and 900 Nm via an eight-speed automatic gearbox. This allows the luxury SUV to do the 0-100 km/h sprint in 3.9 seconds and achieve a top speed of 306 km/h.

The report also mentions that its Mulliner design division’s customised vehicles are increasingly popular. So far in 2022, the division has completed 100 projects, double the personalisation requests it had in 2021.