The interior can best be described as exquisite, with high quality leather, plastic and carbon-fibre abounding. And while journalists may observe switchgear and controls familiar from various Mercedes’, this kit largely works as well in this British car as it does in the German one. The car eschews the touch-screen trend – but any advantage from that distracting approach is tempered by touchpad controls in the centre console that are still tricky to direct when driving. Apple Carplay is thankfully supported, but not Android Auto. 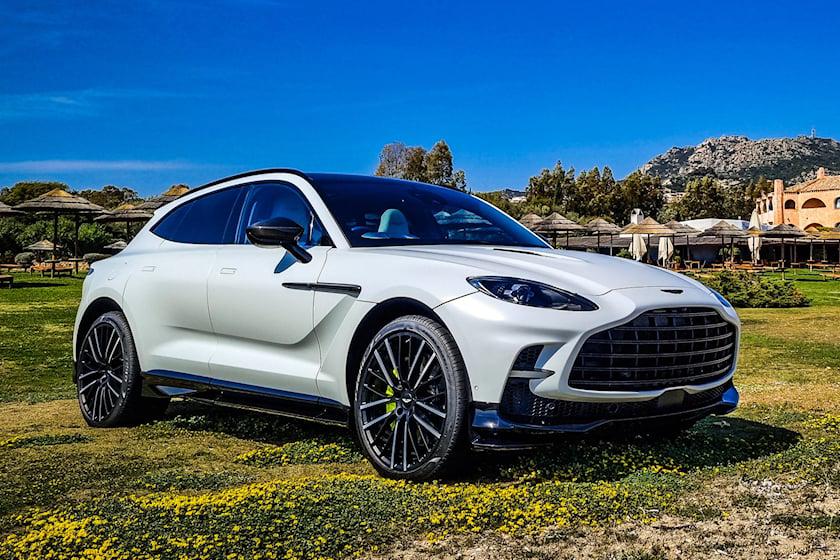 Luckily, switches still control the most important functions – and indeed buttons direct the transmission – a long-term Aston feature which some may love, but others may prefer a more conventional gear-shift. Behind the steering wheel lies very large, solid-feeling paddles if the quick-shifting - changes are 40% faster than on the standard model - 'wet-clutch' 9-speed automatic gearbox isn’t enough for you.

As is often the case with cars of this ilk, it’s a shame that the car’s scale – it is just over five metres in length – does not translate to a vast interior in this five-seater. With the driver’s seat set for a tall driver, anyone sat immediately behind wouldn’t have much legroom. True, unlike many large saloons, luxury SUVs are usually driven by their owners, but those with tall and growing children should be aware.