MENU
Home > Suv > 2 SUVs That Could Outshine the Lamborghini Urus

2 SUVs That Could Outshine the Lamborghini Urus

The Lamborghini Urus is one of the first “super SUV” models to hit the market. Luxury sports automakers like Lamborghini have seen a demand for SUV models with supercar performance. The Urus isn’t the only game in town, and it may not be the most popular for long either.

The Lamborghini Urus changed the game for luxury automobiles

The Lamborghini Urus is an iconic automobile because of how different it is from the rest of the Lamborghini lineup. While there have been other luxury sports SUV models on the market like the Porsche Cayenne, Lamborghini competes against supercar automakers like Ferrari. 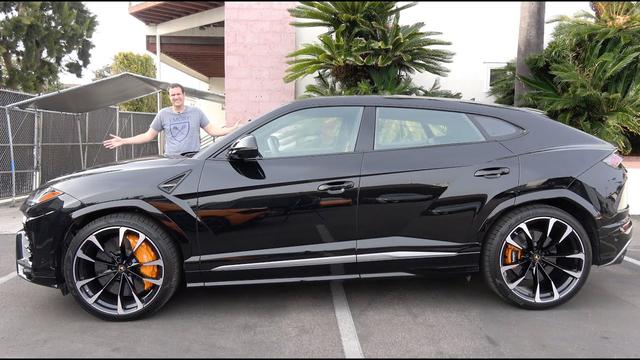 The Urus was the first of its kind for Lamborghini, and it quickly made an impact on the public. The Lamborghini Urus has appeared in music videos and is frequently driven by celebrities like Kim Kardashian and Cristiano Ronaldo. Few SUVs have demanded the spotlight the way Lamborghini’s SUV has.

The Lamborghini Urus has become a status symbol for the elite thanks to its unique design. The SUV can go from 0-60 miles per hour in 3.6 seconds and haul groceries if needed. Practicality has never been so refined. Unfortunately for the Urus, plenty of other automakers are emulating the stylish Lambo and bringing super SUVs to market as well.

The Ferrari Purosangue is a Lamborghini Urus rival

RELATED: 2022 Ferrari Purosangue SUV Spotted In Maranello Ahead of Luanch

Shortly after the arrival and ascension of the Urus, Italian automaker Ferrari realized it couldn’t let Lamborghini have all the fun. Super SUVs had plenty of shock value, so why not stir the pot and create a luxury sports SUV of their own? The Purosangue is set to release in 2022.

Few details have been released about the Ferrari SUV, but Car and Driver estimates that its horsepower will rival models like the Aston Martin DBX 707, Bentley Bentayga, and of course the Lamborghini Urus. The Purosangue has the industry in a tizzy, but there’s another luxury sports SUV that gearheads may be even more excited about.

The Lotus Eletre is shockingly different from its rivals

British automaker Lotus Cars’ answer to the Urus and Purosangue is a shocker, to say the least. According to Road Show by CNET the Lotus Eletre is an electric SUV that will have at least 600 horsepower. The electric vehicle will have a maximum of 373 miles of driving range (which is spectacular for an EV).

Since Lotus Cars is most well-known for luxury sports car models like the Lotus Elise, the Eletre SUV is a huge change for the brand. The decision to make the SUV an electric vehicle distinguishes it from rivals like the Lamborghini Urus and Ferrari Purosangue. The Urus isn’t the only super SUV that has gearheads excited this year.

RELATED: The Ridiculously Fast Lamborghini Urus Can Be Modified for Even More Speed