MENU
Home > Suv > Tesla returns were supposed to be easy, but this customer has been waiting more than 2 years for a Model X refund

Tesla returns were supposed to be easy, but this customer has been waiting more than 2 years for a Model X refund

Three days later, he informed the company he was returning the electric SUV under the seven-day, no-questions-asked policy Tesla CEO Elon Musk was touting at that time.

Today, more than two years since Tesla took possession of the car, Roman still doesn't have his refund or access to the vehicle, which had a price tag around $116,000 overall, including various options and fees.

Records indicate that Tesla did pick up his Model X, loading it onto a tow truck on March 8, 2020, after which he expected his refund to arrive promptly. His bank advised him to ask the EV maker to initiate a "stop sale," he recalls, and then his Tesla sales representative informed him that his refund would be processed soon.

Instead, several weeks later, as he was still corresponding with Tesla about the status of his return, Roman received a service alert from Tesla telling him to come pick up the electric SUV. The alert explained that it had been repaired and was in a service center in Burbank, California, although he had originally purchased the vehicle in Century City, about a 40-minute drive away. 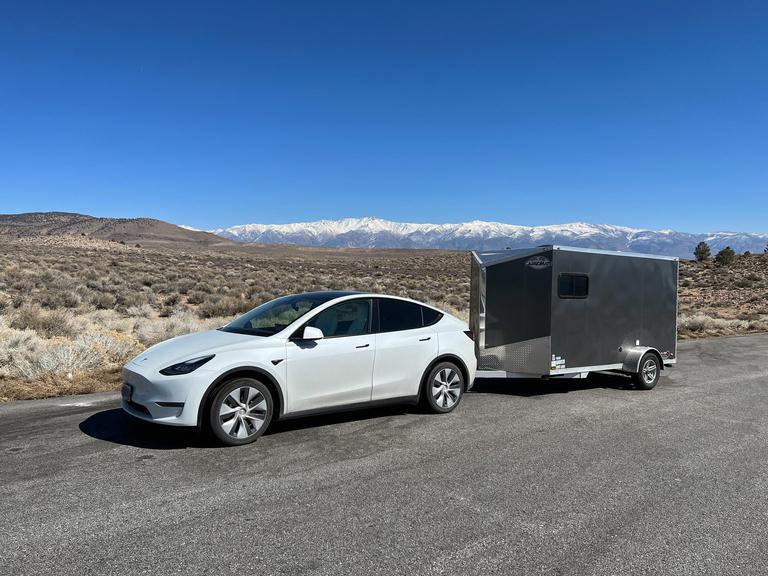 Roman told CNBC he was astounded by the service alert. He says he never asked for nor authorized any repairs and that Tesla has previously acknowledged he was returning the car. (Correspondence between Roman and Tesla, which he shared with CNBC, confirms his account.)

Roman stopped making payments on the car for a month because he thought everything was moving along properly. Then the bank told him that he had missed a payment and that his credit rating had taken a 30-point hit. When he called to ask about it, he was told Tesla had not issued the stop-sale.

As the owner of a small business that gives biking and hiking tours in Southern California, Roman says he needed to maintain a strong credit rating. So given Tesla's stubborn stance on the Model X, he decided he had no choice but to keeping making car payments to his bank and to pay to keep the car insured.

Roman wanted to avoid any repossession by his bank, and knew the financial institution could have wrecked his credit if he didn't keep up the payments. He kept up the insurance payments in case damage happened to the vehicle while it was in Tesla's possession.

"If you stop paying your bank, that will destroy you!" Roman said.

As a result, for the last two years, Roman has been making payments on a car that he does not possess.

Tesla did not respond to a request for comment on their customer's predicament.