Fifty points separate the most reliable midsize SUV on the Consumer Reports list. What did the 2022 Kia Sorento get so wrong that the 2022 Kia Telluride got right?

Consumer Reports is a fan of the 2022 Kia Telluride

On the list of midsized SUVs, Consumer Reports has the 2022 Kia Telluride at the top. Another solid choice is the 2022 Kia Telluride. It has one of the highest scores ever at 97 out of 100. Consumer Reports ranked the 2022 Telluride first out of 14 other midsize SUV options. The fuel economy came in at a respectable 21 mpg overall. The Kia SUV has high scores for the road test, predicted reliability, and predicted owner satisfaction.

The Kia Telluride has three rows, a robust transmission, and tons of room inside for people and cargo. The Telluride can also tow 5,000 pounds. FCW, AEB with pedestrian detection, and BSW are all standard. 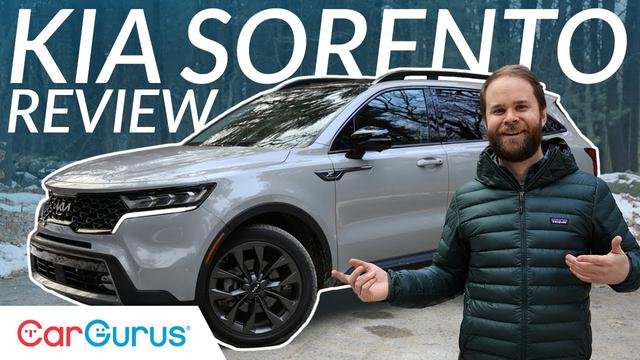 The 2022 Telluride has one minor recall on file for the LCD. Consumer Reports says this can malfunction and show a blank screen, increasing the risk of a crash. Otherwise, this reliable midsize SUV gets a lot right.

RELATED: Kia Denied the Sale of a Kia Dealership, the Owner Sold It Anyway, Now Kia Is Suing Everyone

While the 2022 Kia Sorento is in the same midsize SUV category, it was at the opposite end of the list. The overall score for the Sorento was 46 out of 100, which is far below average for this segment. With the predicted reliability, this Kia SUV only scored one out of five. The predicted owner satisfaction was a three out of five.

Consumer Reports says isn’t all bad, though. The Kia Sorento gets 25 mpg overall, higher than the Telluride. The 2022 Sorento is also quicker in addition to being more fuel-efficient. It offers enough power with 281 hp and a zero to 60 mph time of 6.5 seconds. Consumer Reports found the controls easy to use, and the turbo engine option is even quicker.

The 2022 Sorento has two recalls. One is for the engine/engine cooling area, which could have an oil leak. This can increase the risk of a fire. The second recall is for an exploding seat belt pretensioner. Both of these should be addressed right away if not already done.

Both Kia SUVs have an excellent warranty and driver safety features

The Kia Telluride and Kis Sorento come with Kia’s industry-leading 10-year, 100,000-mile warranty. While one of these reliable midsize SUVs might be suitable for your family, both options have a lot to offer. Adding additional safety features is always a good idea if Kia does not include enough standard.

RELATED: Is the Kia Telluride SUV Worth the Money?