Whether or not you’re concerned about gas prices, you still might want to limit your carbon footprint by driving an efficient car. You might not be ready to go all electric, and a plug-in hybrid (PHEV) might be the right fit for you (here's the difference between hybrids, plug-in hybrids and full EVs). You might also need the space and capability of an SUV or a crossover. With that in mind, we’re compiling a list of the PHEV utility vehicles you can buy in 2022, along with their fuel economy, as rated by the United States Environmental Protection Agency (EPA).

The EPA rates PHEVs by their mile-per-gallon equivalent (mpg-e) when using both electricity and gasoline. The agency also lists a vehicle’s estimated electric range, as well as its gas-only fuel economy for when the battery is depleted (or if you forget to plug it in when you get home). 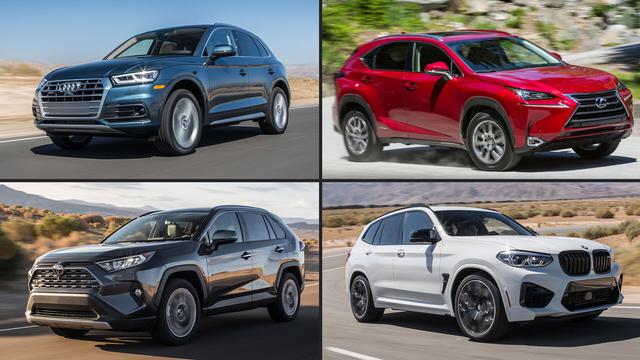 That said, sometimes vehicles without a plug can be more efficient, based on the EPA’s calculations, than a plug-in hybrid. Still, depending on your driving situation — especially if you make small trips and plug in every time you get home — you can actually use very little gasoline in your day-to-day driving with a PHEV.

Here, we list the available plug-in hybrid SUVs and crossovers in order of gas+electric mpg-e, and include the vehicle’s rated electric range followed by its gas-only mpg when the battery is depleted. If there are multiple versions of the same model — whether they have different engine or drivetrain options — we only list the most efficient version of each.

Note: The 2022 Range Rover P440e fuel economy has not yet been rated by the EPA, but Land Rover estimates an electric range of 48 miles.