Why? Because as the picture of British elegance, with a suitable nod to the couple’s famed environmental conscience, it was pure perfection.

But that was 2018, my friends, and times have changed. Meghan and Harry have bailed on the royal family (a move British media have termed ‘Megxit’), and as for Jaguar? Its latest offering could not be further from the dainty, eco-friendly E-Type Zero of the now former royals.

For the uninitiated (that includes me), SVR translates to Special Vehicle Racing, an arm of Jaguar Land Rover’s Special Vehicle Operations brand denoting high-performance versions of its cars – much like what Mercedes is doing with the AMG badge.

As such, the F-Pace SVR is part of an elite league of lofty landboats that happen to drive like Ferraris. Wallet and eco-friendly, they are not.

And while Jaguar devotees might be champing at the bit to get their hands on one, I spent my week with the F-Pace SVR trying to ascertain whether Jaguar had done a good enough job to turn my own budget-conscious, eco-anxiety-ridden head.

Let’s talk about the price first. At $140,262 it’s actually one of the 'cheaper' performance SUVs out there, but you’re going to want to kit it out with a few safety and tech features (more on that later), which will bring it up closer to the $160,000 mark.

For the Jag’s $140,262 price tag, you’ll undoubtedly get one of the most handsome cars on the road – inside and out.

The interior has an incredibly premium feel. Visible stitching on the seats and centre console makes you feel like you’re inside a very fancy baseball mitt, something called ‘lozenge-quilting’ adds intrigue to the latte-hued leather seats, and suedecloth headlining injects even more luxury.

If you want to really amp up the luxe factor, a sweeping fixed panoramic sunroof with blind adds $3750 to the price.

While we’re on the topic of theatrics, you’ll be hard-pressed to find an area not emblazoned with either a ‘Jaguar’ or ‘SVR’ badge, lest you or your passengers forget where you are.

The exterior is just as striking. The F-Pace is muscular yet streamlined and unmistakably elegant – one of the few qualities it shares with the aforementioned E-Type of my dreams.

One minor pet peeve – the Jaguar badge on the grille is affixed with a plastic disc underneath, giving it an appearance not unlike those plastic screen covers you delight in peeling off a new iPhone (but this one doesn’t peel off – trust me, I tried).

From the moment the F-Pace SVR growls into life, you can wave goodbye to any illusions you may have had about flying under the radar. Even without hitting the 'obnoxiously loud' exhaust button, this car makes a noise that’s far from inconspicuous.

Pulling away from dropping my husband at a suburban train station at around 40km/h, I elicited a mass reaction best summarised by his subsequent text message: “You just turned a lot of heads in that car”.

I also may have inadvertently terrified some cyclists. Sorry guys.

The race car feel is carried throughout – a menu option on the dash display lets you measure G-force and lap times, and the slim windows and low-slung driving position make it feel like a high-riding sports coupe (although the high placement of the window controls will take some getting used to).

Yes, yes, I can hear you saying "But how does it drive?".

I'll admit I’m often more taken by active safety features and cream leather seats than I am by top speeds and torque. However, even I was impressed by the F-Pace’s ability to leap up 50km/h increments almost imperceptibly. It thunders from zero to 100km/h in a blink-and-you’ll-miss-it 4.3 seconds, has a top speed of 283km/h, and produces a maximum of 405kW and 680Nm.

Putting my foot down on an overtaking stretch in coastal Victoria was like entering warp speed, and all the street lights do that thing they do in the opening credits of Star Wars.

But despite the huge, low-profile tyres and sporty chassis, the AWD F-Pace, with its eight-speed automatic transmission, is a surprisingly smooth ride on both city streets and regional freeways.

What’s more, once you get it up beyond 60km/h or pop it on cruise control, the sound is even, dare we say it, demure. 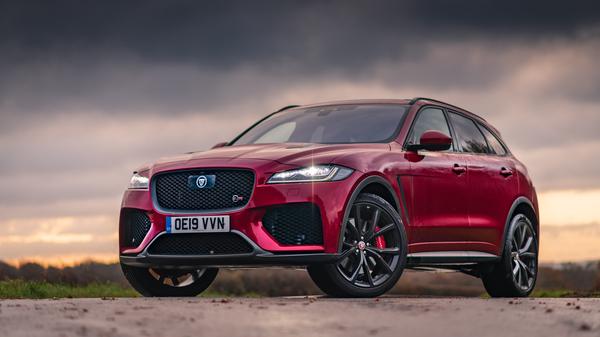 My one complaint is that, from the driver’s seat, the Jaguar feels wider and heavier than it looks. This is in part thanks to an expansive bonnet that can obscure your view substantially, particularly when maneuvering in suburban streets or cramped parking spots.

As a result, I found myself relying heavily on the 360-degree bird’s-eye camera and the surround camera system, with the latter an option in the Driver Assist Pack.

It’s also where the 14-way electric front seats with memory and adjustable steering column both come in handy, as every driver will find the best way to configure themselves into a booster seat position for optimum visibility.

For me, parking this thing was no cakewalk, especially with loads of people staring at you – something you'd better get used to in the F-Pace.

The park assist function (part of a $4589 pack) is not exactly helpful in this case. It requires you to drive forward slowly until it identifies a space, but it often drops the ball and fails to detect perfectly respectable parking spots.

Otherwise, for those who don’t quite feel like driving, the F-Pace can essentially handle itself, although I don’t recommend it for legal reasons.

With the adaptive cruise control, speed limiter and lane-keep assist on, the F-Pace slowed from roughly 80km/h to 40km/h and took a busy roundabout with little human intervention.

In fact, it’s so tempting to do a classic ‘Look mum no hands!’ move that the F-Pace has an automatic prompt begging you to, please, for the love of God, place your hands back on the wheel you madman.

But while the cruise control, speed limiter, rear-view camera and lane-keep assist are all standard, things like adaptive cruise control, blind-spot assist and intelligent emergency braking are pricey additions (part of a $4589 driver assist pack).

Some of the other features I identified as highlights were also optional extras, like the reverse traffic detection (which warns you of approaching cars while you back out) and the head-up display (an extra $2650) – I felt at least the latter should be standard.

None of these things add up to the car being remotely unsafe (quite the opposite, in fact), but they will see you fork out a little extra if you’re after a full suite of safety tech, which I imagine might be frustrating if you’re already dropping a huge sum on a car.

However, the F-Pace wins points for its 10.0-inch touchscreen as standard, plus the inclusion of both Apple CarPlay and Android Auto, and the seamless, consistent Bluetooth pairing.

Two things you won’t have to worry about in the F-Pace SVR are space and comfort. Heated and cooled seats, a heated steering wheel, and a heated windscreen may seem extravagant in the Australian climate, but they’re standard whether you like it or not.

Rear passengers aren’t forgotten either – they’ve got plenty of leg room and head room, plus some creature comforts they’re often not afforded in other cars. These include a rear armrest with twin cupholders, heated rear seats and vents as standard, and their own USB plugs.

Dual-zone climate control is standard, but you can boost that to four zones for an extra $1890.

Head clearance in the front and back is excellent, and leg room in the rear will happily accommodate kids and most adults, while the 650L boot has more than enough room for the luggage (because you’re going to want to do some road trips in this car).

And now let’s rip the bandaid off and address the elephant in the room: a V8 engine isn’t exactly economical. To make matters worse, in the week I drove the F-Pace SVR, petrol prices went up as a result of tensions between the US and Iran and, let me tell you, I felt it.

Jaguar claims the combined fuel economy starts at 11.9L/100km, but my week of city and freeway driving came in closer to the 15.3L/100km mark.

There is an idle-stop system in an effort to curb the usage, but it can feel jolty at times because, in my colleague Mike Costello’s words, it’s kind of like trying to hold a racehorse back after the starting gun sounds.

And then there’s the issue of CO2 emissions, which Jaguar promises can be “as low as” 272g/km. For reference, a 2018 report found Australia’s average emissions intensity for passenger vehicles was 171.5g/km, making the Jaguar’s average emissions at least 100g more per kilometre. Greta Thunberg would not be impressed. And that's fine by us – Ed.

There are sports cars that are comfortable, and then there are comfortable cars that can go fast. If you ask me, the F-Pace SVR falls into the latter category. It’s something of a unicorn in today’s hyper-conscious society, and I’d be lying if I said I didn’t feel a little guilty driving it around while I listened to radio bulletins about Australia’s climate crisis.

But this is where the phrase ‘guilty pleasure’ is particularly pertinent, because it’s hard to stay serious amid the exultant joy of how this car looks, feels and sounds.

With its starting price, plus its hefty list of must-have additions and very thirsty engine, the F-Pace SVR is a car for those who are willing to splash some cash and want plenty of bang for their buck.

It’s also a surprisingly viable option for families, with those in the back seat more than catered for, and the car’s glamour factor balanced by its practicality. It will impress at the golf club, stand out from the suburban SUV pack, and give you an addictive thrill when you take it out on the open road.

And despite my initial righteous indignation about its environmental, economical and social impracticalities, the F-Pace SVR charmed my socks off.

Just don’t tell Meghan and Harry I told you that. 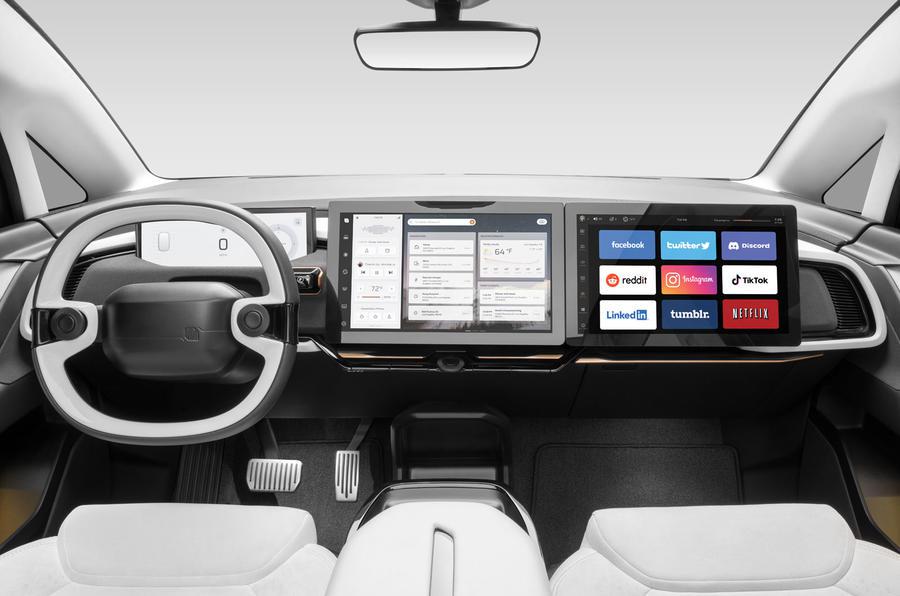 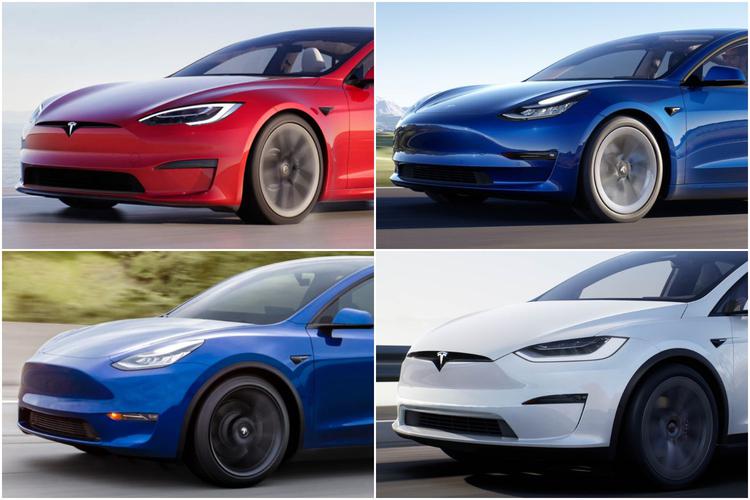 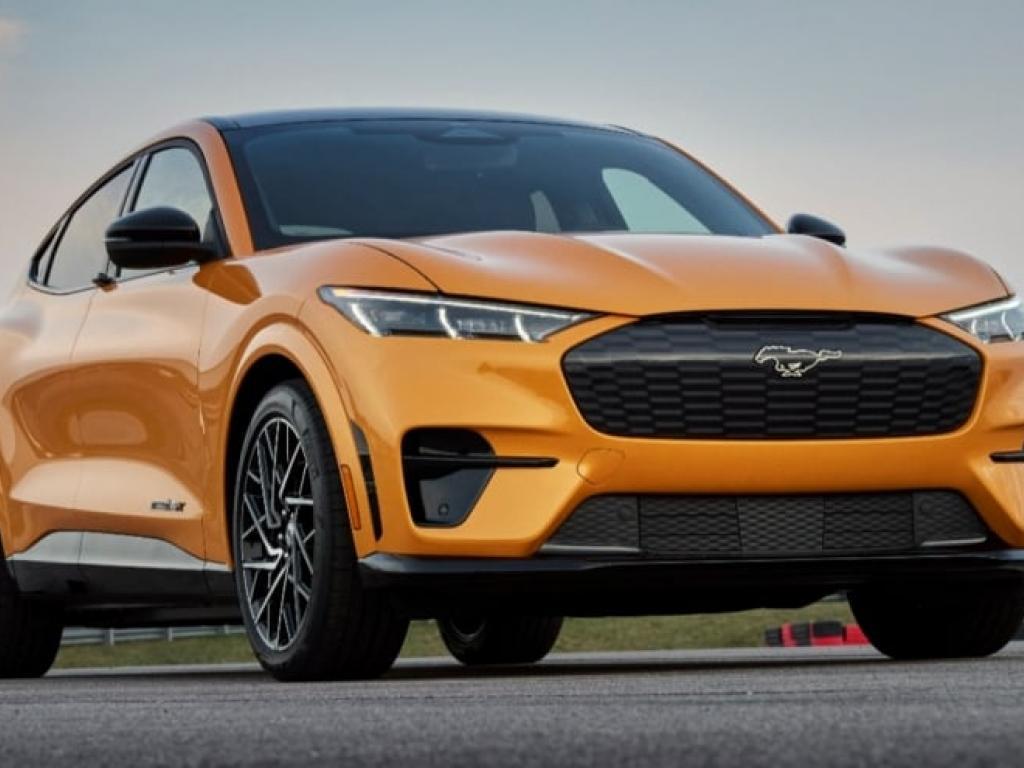