When it comes to concentrating solar power (CSP) research, Mark Mehos has seen the industry growth and solar boom firsthand. CSP technologies — capturing sunlight to produce heat that drives thermoelectric generation systems — had their beginnings in the mid-1980s, at the dawn of his 35-year career at the National Renewable Energy Laboratory (NREL). Like a cutting-edge heliostat, we beam in on a few highlights of Mehos’ shining career.

When Mehos joined NREL, the CSP industry was in its early days. CSP technology was initially developed and implemented in the United States — the first nine CSP plants in the world were built in California. CSP has since become a thoroughly global industry, with 130 plants that are operational or under construction all over the world, including 50 plants in Spain built with favorable incentives in the 2000s and 2010s.

“Mark’s management style and support as a professional has allowed me to expand my career further than I ever thought I wanted to. He has always offered me more opportunities than I thought I could stretch to. I hope to always make him proud that I was part of his team.” — Cindy Gerk, NREL project manager and controller

Mehos and his daughter Carissa participate in NREL’s Take Your Daughter to Work Day in 1997. Photo by David Parsons

Mehos has been a witness to the astounding growth and changes to the industry during the last three decades.

“Early technology was focused on low-temperature parabolic trough systems — and necessarily so,” he said. “The focus now is moving to molten-salt-based central receiver power tower systems. Another change, driven by the Department of Energy, is the need to go to these higher-temperature systems using other heat transfer media — namely, gases, liquids, and particles — to increase efficiency and drive down costs.”

The desire to develop higher-temperature systems spurred another landmark CSP project led by Mehos: the Department of Energy’s supercritical carbon dioxide demonstration roadmap for CSP, a precursor to the current Gen3 initiative to achieve high-temperature systems to drive down the costs of energy from CSP.

“I worked with a great team of researchers from both NREL and Sandia to develop the roadmap,” Mehos said. “One of the perks of working at NREL is that you are always part of a larger team that works together to solve difficult problems.

“I’ve learned the most from Mark by observing his working style. He earns respect from colleagues not because he is a manager but because he always offers to help others with his experiences and shows a lot of heart to all the people around him.” — Guangdong Zhu, NREL senior researcher

Mehos also sais he enjoys being a part of the global CSP community, including the International Energy Agency’s SolarPACES, a network of researchers and industry experts dedicated to the development and marketing of CSP systems and solar chemistry technologies. Within SolarPACES, he leads the “Solar Thermal Electric Power Systems” task, which focuses on the development of international guidelines for modeling, acceptance testing, and grid-integration of CSP systems. 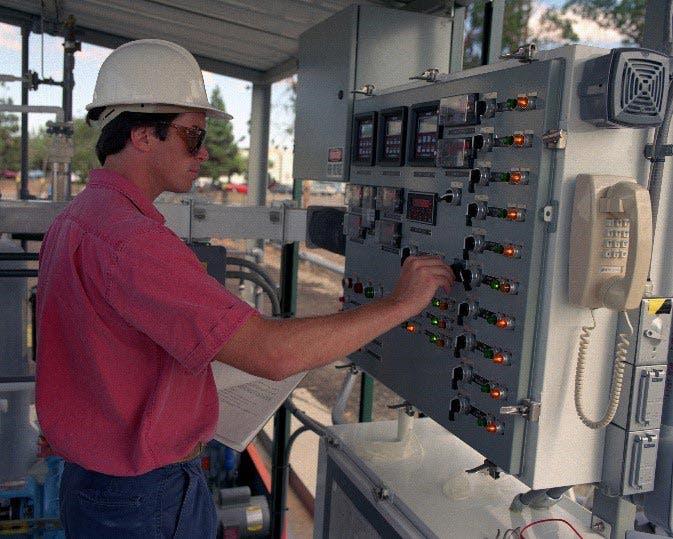 Another important legacy of Mehos’ research is NREL’s recently published CSP best practices report. Documenting a wealth of lessons learned from the CSP industry, a first-of-its-kind report gathers decades of industry knowledge and best practices to support stakeholders including lenders, designers, and developers in identifying and avoiding known development and technology hurdles.

“Mark has been great in his various leadership roles in the CSP group at NREL. His advice and support were very valuable and could always be trusted. His interactions with his staff were as more a friend than manager.” — Gregory Glatzmaier, NREL chemical engineering researcher

In writing the report, Mehos traveled with his project team around the world to meet with CSP stakeholders and better understand the practical issues involved in developing and financing CSP projects.

“We went to Africa, Spain, Chile, the southwestern U.S.,” Mehos said. “It was a fun project, and I got to work with a bunch of U.S. leaders in CSP. Between all of us, we had about 200 years of CSP experience.”

Solar Power Research: Mehos had an audience with former U.S. Vice President Al Gore, who was developing An Inconvenient Truth, an award-winning documentary about global warming, in 2008. Photo from Mark Mehos

As the CSP industry has grown during the past four decades, Mehos has been there to help communicate the science behind the technology. For instance, he spoke to national audiences about the promise of solar power on National Public Radio’s “Science Friday” in 2008 and again in 2009. He also had an audience with Al Gore when the former vice president was developing his award-winning climate change documentary, An Inconvenient Truth.

During his NREL career, Mehos was also part of two teams that won R&D 100 awards: one for the SkyTrough™ Parabolic Trough Solar Concentrating Collector, and another for an innovative solar photocatalytic oxidation process.

“I think Mark showed (much) younger researchers by example of how to be thoughtful, welcoming, and inclusive colleagues. Mark is a relentless promoter of his team’s work, and he has given me confidence to lead in areas where I have experience.” — Ty Neises, NREL mechanical engineering researcher

Mehos and his wife, Brenda, plan to spend more time with daughters, Carissa and Alexa, along with their extended family. When not trekking through Colorado’s backcountry, you can find them celebrating their first grandchild, who was born in 2021. Photo from Mark Mehos.

Where does Mehos see the CSP industry moving next? He said that, “There is still a future for CSP, given its natural integration with low-cost storage. We’ll see the continuation of the Department of Energy SunShot Initiative [to reduce the total costs of solar energy by 75%], which has already become a worldwide initiative.” He also anticipates new and expanded pathways for higher-temperature systems.

Additionally, Mehos said that the CSP industry must find its role within a larger energy landscape. “CSP with storage isn’t enough. We need to explore how CSP interacts with other systems. Expect more hybrid CSP systems co-located or working directly with solar photovoltaics and/or batteries.”

Mehos also believes that there are broader opportunities to take advantage of CSP systems’ high temperatures.

“No other technology can provide heat so inexpensively at the temperatures we’re talking about — 300° to 800°C or higher,” he said. “This opens up other markets. When you look at the Biden-Harris administration’s objective of not just a decarbonized power sector but an entirely decarbonized economy, you start thinking about industrial processes and solar-derived fuels,” both of which can be supported by CSP. “That’s where we have to go. NREL is pushing in that direction.”