Hard as it may be to believe, Toyota’s ground-breaking hybrid, the Prius, has been around for 25 years. It’s the top-seller and an excellent choice, still.

Toyota wisely improved the Prius a few years ago, styling to round it more and give it a hint of fastback styling while lessening the fuddy-duddy looks of the original. I could still go for even sleeker looks, but it’s a superior family hatchback now with exceptional gas mileage and even AWD on two of its four trim levels. This week's tester was an XLE model in a sparkling Supersonic Red that made it stand out in the gloom of gray January days. That color is $425 extra, but worth the upgrade.

The LE and XLE trims both offer AWD, which this one included, and it was timely in that we had a couple moderate snowfalls during my test week. Traction was improved to be sure, but there was still a bit of slippage on my icy drive and area side streets. Still, in Wisconsin the AWD makes sense, even when adding about $1,400 to the bottom line.

A base front-drive L Eco model starts at $25,520 with delivery fee — a modest cost for a hybrid that’s rated at more than 50 mpg. The LE lists at $26,730 with delivery, and the AWD model at $28,130. That LE trim adds blind-spot warning, parking sensors and rear cross-traffic alert.

But the XLE is what the majority of buyers prefer because it adds SofTex fake leather seats that are heated up front, as is the steering wheel. A wireless phone charger is standard too along with 17-inch alloy wheels to add a spiff factor.

Oddly AWD isn’t available on the top-level Limited model, which adds a fancy JBL audio system, a big 11.6-inch info screen, adaptive front lights with a leveling feature and both navigation and a color head-up display. I should note that the test car’s $800 tech package included the HUD plus adaptive front lighting and auto-leveling lights. So this was close to the Limited in equipment level, minus the big screen and hot-shot stereo.

In case you haven’t noticed yet, Prius oozes value and usefulness for the average family of four. That’s because its interior is big enough and comfy enough to host four folks while offering a huge 27.4 cubic foot cargo space for trips.

And performance is as fine as many compact crossovers, especially since this has AWD. Nothing much has changed of late with Toyota’s industry-leading hybrid system, but it doesn’t need to.

The regenerative-braking powered electric system that charges batteries to augment the 1.8-liter I4 gas engine is seamless and efficient. The EPA rates it at 51 mpg highway and 47 highway and the front drive model is slightly better. I managed 41.6 but in snowy single-digit weather. By comparison, I hit an amazing 65.6 mpg with the identical Corolla hybrid power system in warmer weather about a year ago, and 47.2 mpg in a plug-in hybrid Hyundai Ioniq. That Ioniq is rated higher by the EPA, but it doesn’t offer AWD and you must plug it in to get the most from its hybrid system. A full charge delivers about 30-miles of pure electric range.

Here the 121-horsepower is of course modest, but is delivered smoothly via an electronically controlled CVT. At low speeds the electric power is delivered with a slight whine, but the cockpit is extremely quiet. Pressing the accelerator hard for instant power delivers a noticeable moan from that little I4 engine, yet by 40 mph when the Prius is cruising, it quiets right back down.

Three power modes allow you to save more fuel in Eco mode, while Normal is what I used most. Pressing the dash button for Sport mode is something best used when accelerating onto a highway or to escape giant SUVs and pickups while changing lanes in town. It boosts low-end acceleration to a much preferred level, but naturally uses more fuel.

Handling is quick and easy — much more responsive than trucks and SUVs and even many compact or larger crossovers. I won’t call it fun, but it was refreshing to be able to quickly adjust lane position and dive into a highway curve’s apex. Cars are simply more entertaining to drive than high-riders and the center of gravity in the Prius is nice and low.

Ride is good too, but there is the occasional solid thump from deeply creviced Wisconsin roads. One note though, the tires here deliver more road noise on non-asphalt pavement, so that’s a bit annoying on bridges and long stretches of concrete, especially at highway speeds.

Braking is linear, plus I should note there’s a B setting for the transmission. What’s that? It adds more regenerative braking when the car is coasting, thereby replenishing the batteries more quickly. It’s not a huge difference in drag when coasting, so makes sense to use in town for more efficient charging. Note though that the adaptive cruise control will not engage at freeway speeds if the transmission is in the B mode.

The tiny shift lever here deserves a mention. It extends from the lower part of the center stack. It’s so easy to use and much preferred to push-button systems or those activated via a knob on the console. More intuitive, but small enough not to intrude on the flat wireless charging area on the console, just below the shifter.

The rest of the dash is simple and easy to see and use. The main instrument panel continues to be center-dash mounted yet large enough for the driver to read without straining his or her eye muscles. The info screen is just seven inches, but a touchscreen that’s simple to use. Small volume and tuning knobs are available too while the climate control is toggle operated. A dual climate system isn’t offered though, a concern for warm- or cold-blooded significant others.

1 of 2 — prius5.jpgThe main instrument panel on the 2022 Prius continues to be center-dash mounted, yet large enough for the driver to read without straining his or her eye muscles. Mark Savage 2 of 2 — prius5a.jpg The Prius' info screen is seven inches with a touchscreen that’s simple to use. Small volume and tuning are adjusted with knobs while the climate control is toggle operated.Mark Savage

Seats are manually adjusted, but wonderfully supportive for a value-oriented car. These were light gray with black back cushion trim and the dash was similarly two-tone. The XLE model uses SofTex fake leather for its seating surfaces and the feel is darn near leathery, plus easy to clean and maintain, so let the kids eat that ice cream cone in the rear seat!

Standard too are Android Auto and Apple Car Play hookups. A navigation system is not part of the XLE’s features, but is on the Limited. 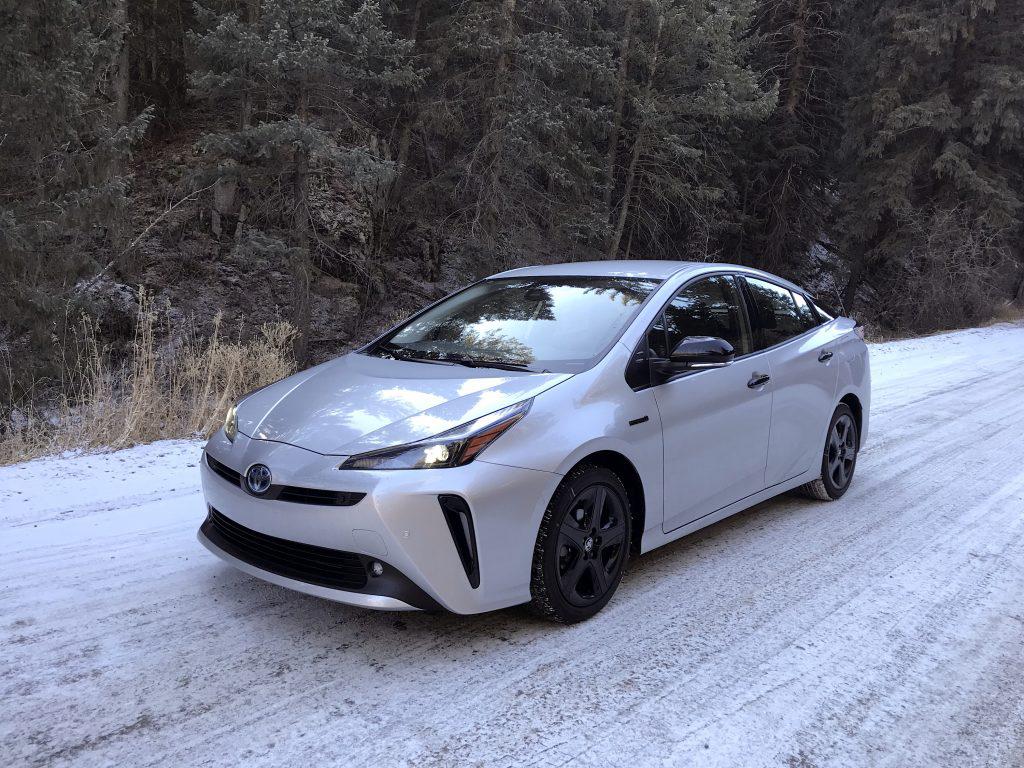 I’m still not a fan of the Prius split rear window, but at least there is a wiper on the top pane. That clears about two-thirds of the window while the lower pane allows more tail-gating lights to invade the cockpit. Wish it was at least tinted to lessen the glare.

Prius mainly competes with its Corolla cousin and Hyundai’s Ioniq in the hybrid car category, but there are many small hybrid crossovers. Prime among them are the Kia Niro, Toyota RAV4 and Ford Escape, but more arrive at dealerships every month. For instance Hyundai now is offering a Tucson hybrid that we hope to test drive soon.

One final note, Toyota has introduced its Nightshade Special Edition, which it offers on many of its other models. That is a special appearance package basically with the car being all black, white or silver while adding 17-inch alloy wheels. If you select an AWD model, the wheels are 15-inchers.

Editor's Note: Mark Savage's auto review column, Savage On Wheels, looks at a new vehicle every week and tells consumers what’s good, what’s not so good, and how the vehicle fits into the marketplace. 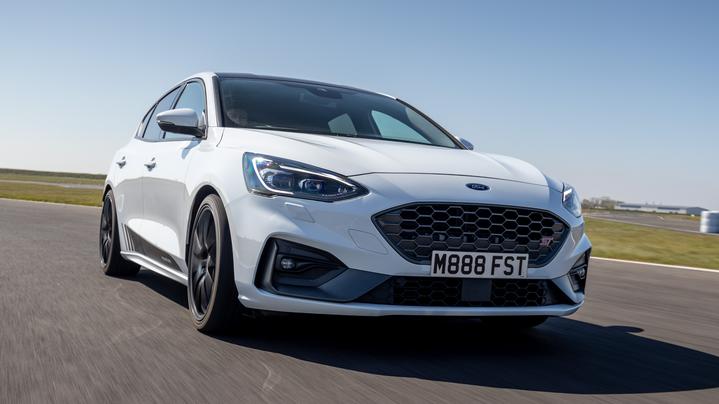 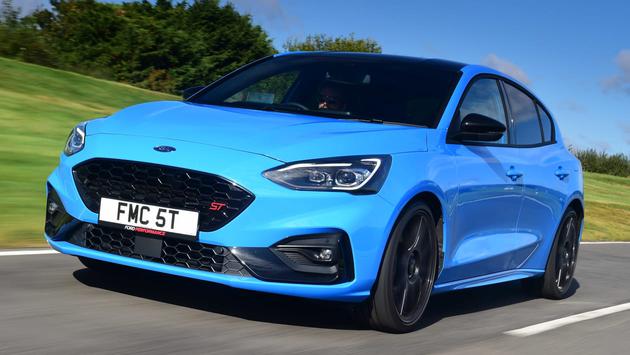 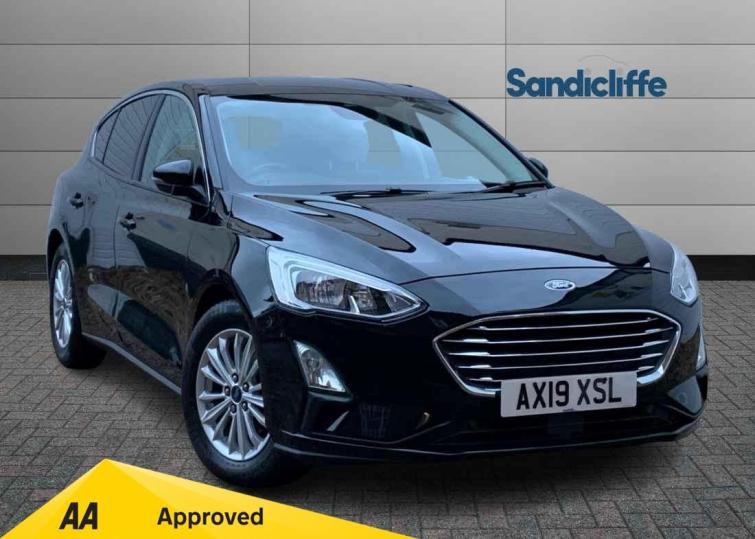