After the celebration of the Cyber Rodeo last Thursday, April 7, Tesla already began delivering the first Model Y units made at the Austin plant in Texas. These are the first electric cars to implement the new 4680 battery cells presented on Battery Day (September 22nd, 2020). The first owners are - as on other occasions - Tesla employees themselves, usually the first to receive the latest news from the manufacturer as well.

The 4680 cells are six times more powerful and have an energy capacity five times higher than current cells; its larger size multiplies by more than five the volume of active material it can hold. By eliminating the connectors that join each electrode to the battery casing, performance is increased to achieve 16% more range; that adds to the fact that production costs are also greatly reduced.

The cells have the capacity to create a structural battery pack in such a way that, located on the floor of the vehicle, form part of the rigid structure itself, which in turn allows for the reduction of reinforcement parts; by the way reducing the total weight on one hand, and production costs on the other. With Tesla's new approach, the platform that includes the battery is attached to the body as part of the car's structure.

This new approach, which completely changes the way a vehicle is built, is already being applied on Tesla Model Ys manufactured in Austin, Texas, which have already been delivered in the United States. On Friday April 8th Elon Musk officially announced the delivery of these first production units, by the way taking the opportunity to thank the whole Tesla team for their hard work, while many happy owners of the new Model Y shared their joy with the community via social media. 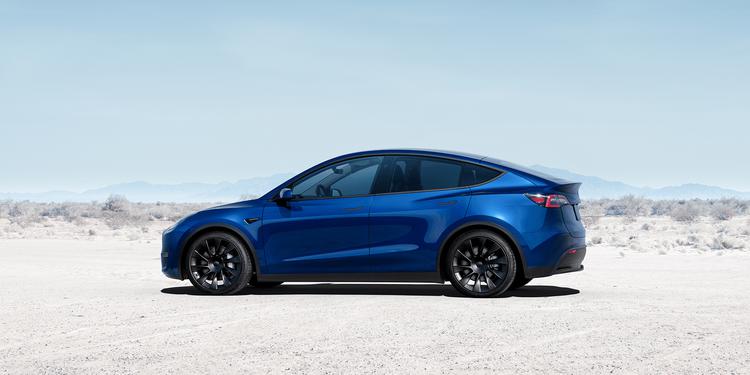 As it is widely known, Tesla employees are usually the first to receive the new models, whether it's actually a model with a new feature or an update to an existing one, as it is in this case. Although Tesla normally starts production and deliveries of the higher power and range variants, during the Cyber Rodeo it introduced the Model Y Standard Range with 4680 cells.

However, before the Giga Texas grand opening event many different social media users announced they were looking forward to receiving their cars at the Cyber Rodeo and said their orders were Model Y Long Range models. It will be possible to check the advantages that these new batteries bring to the Model Y very soon. Most likely, users themselves will organize events in order to compare them with the previous units made in Fremont; we will be able to see and tell very shortly.

All images courtesy of Tesla Inc.

Nico Caballero is the VP of Finance of Cogency Power, specializing in solar energy. He also holds a Diploma in Electric Cars from Delft University of Technology in the Netherlands, and enjoys doing research about Tesla and EV batteries. He can be reached at @NicoTorqueNews on Twitter. Nico covers Tesla and electric vehicle latest happenings at Torque News.