It’s easy to fall into the trap of purity. A vehicle should be pure electric or pure gas- or diesel-powered — if you’re short of a pure EV, you might as well just be non-electrified. We see college teams doing solar vehicle races where they don’t accept any grid power, which is cool, but they also tend to run average speeds of around 15 miles per hour, which isn’t useful in the real world at all. Even if we triple the efficiency of solar panels, we’re still looking at neighborhood electric vehicle (NEV) speeds. So, obviously purity isn’t going to work here, at least not if we want something useful.

I had to preface this article with a TED Talk on purity because that’s what I felt at first when I saw what Sono Motors is doing for buses in Munich. It would be extremely cool for the company to build a solar-powered bus, but solar technology really isn’t there just yet, especially for a vehicle with such a high utilization rate. So if that’s not possible, why not just make an electric bus, right?

But that doesn’t mean you can’t make things better with solar. Instead of trying to do the impossible with solar, Sono Motors and Munich’s transit authority decided to build solar into a really neat symbiotic relationship. They started with a trailer that doubles the capacity of the bus, which would theoretically cut emissions per passenger-mile in half. But you can’t move the trailer for free. It takes energy to move the trailer, which lowers the bus’s fuel efficiency. Then, add the need for HVAC and steering power for the trailer, and you’ve lost a lot of efficiency. So, trailers alone don’t help much.

If you’ve ever been into hypermiling, you know that every little bit of efficiency you can get adds up. Coasting up to a light instead of braking, adding things like an air dam to the car to reduce drag, and taking off a little slower — none of these things can save you much gas or electric range by themselves. But, add enough small things up, and you can come up with a lot of range and efficiency.

Some people have experimented with an “alternator delete” on cars they’re modifying to achieve even greater efficiency than hypermiling alone could achieve. For a combustion car, you need an alternator to charge the battery for the next time you start the car, and to provide power for things like spark plugs, the heating and air conditioning fan, lighting, and the car’s radio or infotainment system. But turning the alternator to make electric power drags the engine down and makes it consume more fuel.

This is where solar comes in. By using a bigger bank of batteries, or using solar power, some efficiency enthusiasts have managed to get 10-20% better fuel economy. With the alternator gone, and power coming from solar power or charging at home, these enthusiasts removed the load from the engine and saved a lot of gas over time. 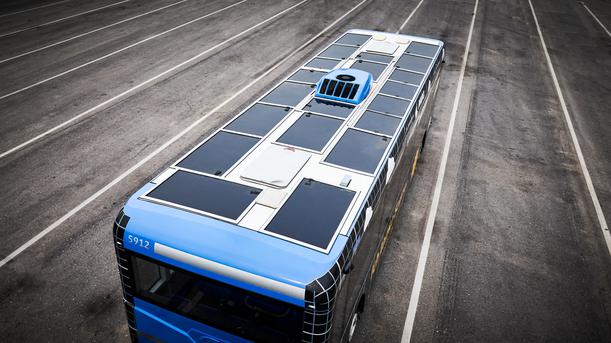 The bus’s diesel engine normally would power all of this stuff with a combination of a big alternator and possibly a hydraulic or air pump. Both of these things make a drag on the engine, making it consume more fuel, but passengers aren’t about to go without heating and air conditioning, and they’d be even more mad if the trailer they were riding in crashed into something, so the steering is absolutely essential. So, if you want to not power those things with diesel fuel, you are definitely going to need to get that power from somewhere else.

By covering the trailer’s roof with solar panels as much as possible, they’ve managed to generate around 2,000 watts of power, which is a lot more than anybody hypermiling a car or pickup truck can accomplish. This power obviously wouldn’t be enough to run the bus if it were an EV, but it is enough to power (in full or in part) the HVAC (heating and air conditioning) systems on the trailer and the bus. It’s also enough to help power the steering systems for the trailer.

While I doubt they did an alternator and possibly a hydraulics or air pump delete on the bus, just reducing the load on those systems is enough to save fuel. Plus, you have the added benefit of being able to do things the normal way on a rainy day (or any other day that the solar panels aren’t producing enough power).

I know some readers are probably skeptical that this would help. What good can 2000 watts do when that’s like the equivalent of less than three horsepower?

It turns out that putting that little bit of power in doing one of the least efficient things an engine does can make quite a difference. For Munich’s fleet, it comes out to a savings of around 2,500 liters of fuel annually and 6.5 tons of CO2 reduction per vehicle. As I pointed out earlier, every little bit of savings adds up.

“The photovoltaic system on our bus trailer now allows us to test under real conditions how well the power generation works and whether there are perhaps routes in our network that are better suited than others for this type of power generation.” Veit Bodenschatz, Managing Director and Head of Bus Division of the MVG said. “The question of what energy savings can be achieved by using solar energy are, of course, particularly exciting against the background of current fuel and energy prices.”

There are more benefits. The reduced strain on bus engines and electrical systems means less maintenance, which indirectly saves energy over time. Also, Sono’s technology could be used in the future with electric buses to save on range more directly. If the solar panels and associated hardware were used on an electric bus pulling a trailer (solar on both roofs), the range savings and reduced strain on drive batteries could be substantial.

So it might not look like a lot at first, but Sono’s solar technology can make a big difference, even it it’s not currently used on a pure solar or EV bus. 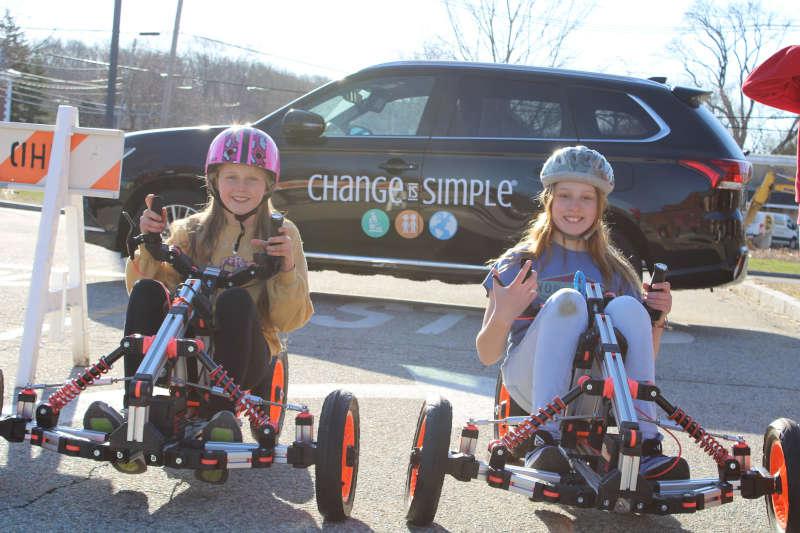 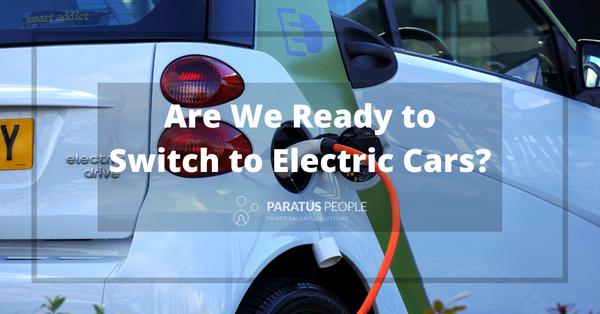 RUSHVILLE – One of the most talked about subjects lately is the conversion of the gasoline-powered automobile to a battery-powered vehicle. I’ve been doing a little research to see if this conversion...