Every morning, the Energy News Network compiles the top stories about the clean energy transition and delivers them to your inbox for free. Sign up today!


Submitting…Thank you, your sign-up request was successful! Please check your email inbox to confirm.{{message}}

The same sets of rules that might stop Bengals fans from erecting a giant “Who Dey” on their roof for Super Bowl weekend could also prevent homeowners from installing solar panels on their own property.

Roughly 1.6 million Ohioans live in condominiums or houses subject to homeowner association rules, according to data compiled by iProperty Management. In general, the rules deal with the maintenance of common areas, services provided to residents, guidelines on landscaping and decorations, and other topics. Buyers agree to be governed by the rules as a way to protect their property investment and to promote pleasant living conditions.

However, association rules often prevent homeowners from installing solar panels. A widely supported bill in the Ohio legislature aims to change that.

Senate Bill 61 passed the Ohio Senate by a vote of 32 to 1 last month. The bill was introduced in the Ohio House on Feb. 1.

Ohio Sen. Nickie Antonio, a Democrat from Lakewood, said she and Louis (Bill) Blessing, a Republican from Colerain Township, introduced the bipartisan bill last year after hearing from constituents about residents’ need for access to solar.

“Right now it can be an economically beneficial thing to add solar to your home,” said Tristan Rader, Ohio program director for Solar United Neighbors. Electricity generated on-site can reduce a homeowner’s electric bill. Depending on the setup, it also could provide some backup power in case of a blackout. And it reduces a homeowner’s carbon footprint by curbing the fossil fuel pollution from meeting their energy needs.

“All homeowners should have the right to use solar, if they wish,” said Delaware, Ohio, resident Brandy Rickard in her testimony on SB 61 last year. Her family has two children and views solar energy use “as a way to protect their future and be good environmental stewards.” The family consulted with a solar panel company to determine the costs and benefits of putting solar panels on their roof. But homeowner association restrictions prevented them from moving ahead.

Linda and James Beerman had solar panels on their old house before moving into a new low-maintenance home in Harrison, Ohio. They wanted to install solar panels at the new home to protect against a blackout, especially in the winter, they said in their testimony on SB 61. They also want to buy an electric car, they said, and solar power could lower their costs. But homeowner association rules blocked them. 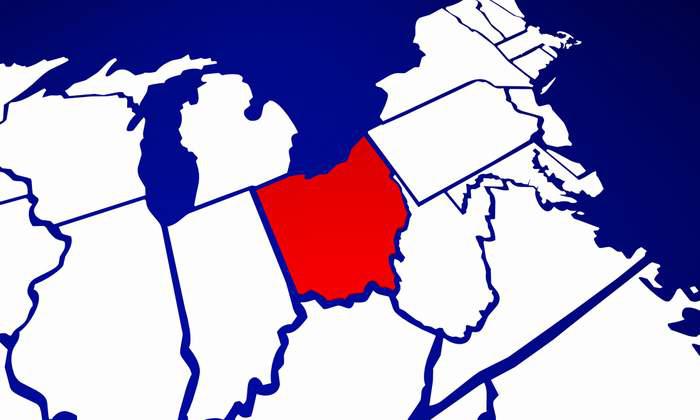 SB 61 aims to deal with those problems, as well as update Ohio’s general law for condo and homeowner associations. On behalf of the Community Associations Institute, lawyer Darcy Mehling Good worked with Blessing’s office on language for the bill, and she testified in support of the bill last spring. So far, 26 states and the District of Columbia already have some form of solar access law, according to the association’s website.

As passed by the Senate, SB 61 would let owners subject to condo or other homeowner association rules install rooftop solar generation if the unit includes the roof. Owners would be responsible for the cost of maintaining, repairing and insuring their roofs, and their homes couldn’t be directly above or below other units. Associations also may allow solar panels on common areas where the rules specify responsibility for the devices’ costs, insurance and replacement.

SB 61 would nonetheless let associations “establish reasonable restrictions” on solar panels’ size, place and manner of placement. Consequently, much of the bill’s practical impact will depend on what’s deemed “reasonable.” Yet supporters say the general presumption should be to allow solar energy.

“The whole tenor and intention of the bill is to make things possible,” Antonio said. There needs to be some “wiggle room” to cover unforeseen circumstances or future developments, she said. But the expectation is that associations will “have rational discussions and not automatically ban solar.”

“We want to make sure that things just make sense for everyone,” said Rader. Solar United Neighbors plans to provide guidelines to associations if the bill becomes law, he said.

In Rader’s view, safety standards or conditions calling for solar panels to have a uniform look might be reasonable. “It becomes unreasonable when you’re starting to add costs that make it not economically advantageous” to add solar, he said. Restrictions might fall into that category if they limited solar panels to mostly shaded areas facing away from the street in a planned community, for example, versus unobstructed roofs at the front.

Groups that testified in favor of the bill in the Ohio Senate include the Ohio Environmental Council Action Fund, Green Energy Ohio, Solar United Neighbors, Solar Is Freedom, the Ohio Conservative Energy Forum and others.

“Ohioans should never have an unreasonable limitation placed on them that would prohibit their ability to produce energy on their own property,” said Sarah Spence, executive director of the Ohio Conservative Energy Forum, in her testimony last fall. The bill would promote continued solar industry development and job growth in Ohio, along with strengthening homeowners’ property rights, she said.

“It’s their roof. They should be allowed to do what they want to do with it,” Rader said.

Similar bills have been debated or adopted in recent years in Illinois, Minnesota, and North Carolina, among other states.

In Ohio, some testimony aimed to clarify non-solar parts of the bill dealing with consumer protections. But no one spoke out against the solar access provisions in SB 61.

The bill reflects a “commonplace, very everyday sort of conversation about what would make [solar] possible in our local communities and what would make it acceptable,” Antonio said. The bill is now pending in the Ohio House of Representatives.

“It’s reasonable to expect that we could have this bill pass out of the House and go to the governor before the summer,” Antonio said.