The Indian government, on February 17, notified the green hydrogen and green ammonia policy; hydrogen, when produced through clean energy such as solar, is called green hydrogen. While the policy doesn’t explicitly talk about green hydrogen powering vehicles in the near future, hydrogen cars exist, and experts say that hydrogen fuel cell electric vehicles (FCEVs) are most suitable for long-distance heavy vehicle transport.

What is an FCEV?

Like stem cells in the field of medicine, fuel cell is a nascent technology in the automotive world. It works like electrolysis (electric current is passed through a substance, and the substance loses or gains an electron), but in reverse. In simple terms, instead of using electricity to split water into hydrogen and oxygen, these two elements are combined to produce water and electricity. The electricity is then used to drive the car’s motor, and water is the only waste produced. 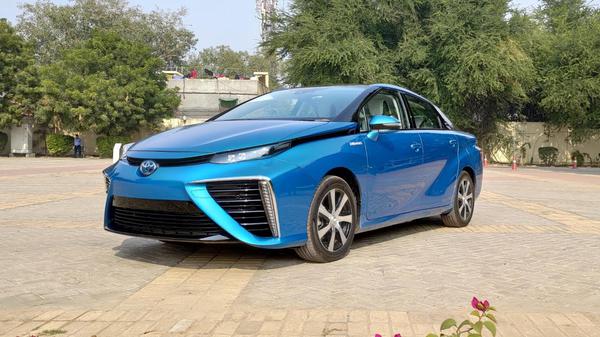 The fuel cell gets oxygen from the air, and hydrogen from a tank (hydrogen is highly reactive and is not available in pure form in natural state). And that’s the challenge: Producing enough pure hydrogen as a fuel, and sustainably. That sustainable production of hydrogen is what the government’s policy aims at.

One, FCEVs can go over 500-km on a full tank of hydrogen, and then refilled in 2-3 minutes, just like conventional petrol/diesel cars, unlike electric cars that need many hours to charge. Two, hydrogen is the most abundant element in the universe, unlike lithium (which is the key component in electric vehicle batteries). Three, there are unanswered questions around end-of-life batteries: Where to dispose of these, and how?

Toyota Mirai, Hyundai Nexo and Honda Clarity—the latter has been reportedly discontinued—are the most famous FCEVs globally, but these couldn’t become as popular as battery electric vehicles, because the availability of hydrogen as a fuel is a challenge even in developed markets such as Japan. With India’s hydrogen policy aimed at boosting the domestic production of green hydrogen to 5 million tonnes by 2030 and making India an export hub for the clean fuel, it might be a shot in the arm for carmakers and commercial vehicle companies developing FCEVs.It appears the dawn of a true hydrogen society isn’t a distant mirai (the future).