MENU
Home > Minivan > What are the longest-lasting new and used minivans?

What are the longest-lasting new and used minivans?

(iSeeCars) – The minivan is the consummate family vehicle. Although the rise of the SUV has stolen some of its thunder, the convenience and utility of a minivan for family hauling remains unmatched.

Some may resist buying a minivan because it’s unhip, but those who choose to embrace minivan ownership are often passionate and enthusiastic about their vehicle choice. For those who choose comfort and convenience over style, we salute you! However, becoming a minivan owner is only half the battle. Since your minivan is going to handle your most precious cargo, not to mention all the accessories that go with it, you should make sure you choose a reliable model.

To help buyers narrow down the most reliable minivans, iSeeCars has compiled a list of the best minivans for long-term reliability. These minivans are proven to be among the longest-lasting cars on the road as determined by an analysis of 1.8 million vehicles to see which models are most likely to exceed 200,000 miles. A reliability rating was then calculated and assigned to each vehicle. Here are the most reliable new and used minivans:

The most reliable minivan is the Honda Odyssey. The Odyssey has above-average cargo capacity for its class with 32.8 cubic feet of space behind the third row and 88.8 cubic feet of space behind the second-row seats when the third-row seats are folded down. If both rows of rear seats are folded down, the Odyssey has a total of 144.9 cubic feet of cargo space. The Odyssey’s base trim seats seven, with captain chairs in the second-row and a third-row bench seat. Higher trim levels seat up to eight with three seats in the second row that use Honda’s Magic Slide system, allowing you to easily slide seats into several different configurations to meet your passenger and cargo needs. It has one of the best interior designs in the segment and offers available family-friendly features including a rear-seat reminder, a camera that shows the rear passengers on the infotainment screen, and an intercom system for projecting the front seat passengers’ voice to the rear seats. The Odyssey comes standard with advanced safety features, including forward collision warning, pedestrian detection, automatic emergency braking, traffic sign recognition, lane departure warning, and lane keep assist.

The Toyota Sienna ranks second. Redesigned for 2021, the new Sienna features sharper interior and exterior styling to give it a more upscale appearance. Perhaps the most significant change is its hybrid powertrain that returns a combined 36 mpg, nearly double that of its competitors. The new hybrid four-cylinder engine replaces a V6 engine. An all-wheel drive system is also available and offers similar fuel efficiency at 35 mpg in the city and 36 mpg on the highway. The Sienna comes standard with infotainment features including Apple CarPlay, Android Auto, Amazon Alexa, and a Wi-Fi hot spot. The Sienna comes standard with a suite of safety features, including blind spot monitoring, rear cross traffic alert, pedestrian detection, lane departure warning, automatic high-beam headlights, and road sign recognition. Available advanced safety features include hands-free park assist and a surround-view parking system.

The Kia Sedona ranks third. The Sedona has an upscale interior with premium materials as well as three rows of comfortable seats. The Sedona also earns praise for its comfortable ride quality and responsive handling. The Sedona minivan comes standard with a 7-inch touch screen infotainment system with Apple CarPlay, Android Auto, and Bluetooth connectivity. Available infotainment features include a rear-seat entertainment system that features two 10.1-inch display screens to keep rear passengers happy. The Sedona comes with a five-year/60,000-mile basic warranty and a 10-year/100,000-mile powertrain warranty, which is the best in its class. The Kia Sedona was discontinued after the 2021 model year and replaced with the Kia Carnival.

The Dodge Grand Caravan ranks fourth. The Grand Caravan was discontinued after the 2020 model year, but new versions can still be found at dealerships for a limited time and often with steep discounts. The Grand Caravan has the lowest starting MSRP of all minivans at $27,530, making it an appealing choice for drivers who want an affordable family vehicle. It also boasts a powerful 283-horsepower 3.6-liter V6 engine that is one of the strongest in its class. While the no-frills Dodge Grand Caravan lacks some of the fancy convenience features of its competitors, it has its hallmark Stow ‘n Go seating, allowing the second-row seats to be stowed within the cabin’s floor to create maximum cargo space. It also has a maximum towing capacity of 3,600 pounds, among the best in its class.

The Chrysler Pacifica’s long-term reliability score is low because it was recently introduced as a new model in 2017. As such, it hasn’t had the opportunity to prove its longevity. However, in other family-friendly considerations, it is among the highest-rated in the minivan segment. The Pacifica has a long list of standard features, including a 10.1-inch touchscreen infotainment system, Android Auto, Apple CarPlay, a power liftgate, power sliding doors, and Stow ‘n Go seating. Available features include heated front seats and a heated steering wheel, a rear-seat entertainment system, and a panoramic sunroof. It also earns an EPA-estimated 19 mpg in the city and 28 on the highway for its front-wheel drive model. All-wheel drive is also available and gets 17 mpg in the city and 25 mpg on the highway. The Pacifica is the only minivan that is also available as a plug-in hybrid. The Chrysler Pacifica Hybrid earns excellent fuel economy with a combined city/highway estimate of 82 mpg. It also has an all-electric range of 32 miles.

The Kia Carnival was introduced for the 2022 model year, so it has not yet been rated for reliability.The Carnival set out to redefine the minivan segment with its SUV-like exterior styling and upscale interior. It also has a long list of family-friendly features, many of which come standard on the base LX trim and has class-leading 40.2 cubic feet of space behind its third row seats. Between its massive cargo hold, powerful V6 engine, extensive list of safety technology, and standard infotainment features, the Carnival is among the most compelling models in this category.

Along with used versions of the minivans mentioned above, there are minivan models that have long been discontinued and are reliable options for used car shoppers.

The Chrysler Town and Country was discontinued after the 2016 model year to make way for the Chrysler Pacifica. The Town and Country provides a smooth ride with excellent handling for a minivan. It also comes with an array of standard features including a rearview camera, a 6.5-inch touchscreen display, and Bluetooth connectivity. A second- and third-row dual-screen entertainment system is also available.

The Nissan Quest was also discontinued after the 2016 model year, but Nissan’s only minivan offering wasn’t replaced by another model. The Nissan Quest has an attractive interior that rivals what can be found in some luxury vehicles. It offers a smooth ride and is one of the most efficient vehicles in its class at 20 mpg in the city and 27 mpg on the highway. It doesn’t have many standard features, but 5- and 8-inch infotainment screens and a flip-down DVD player are available.

The Mazda 5 was discontinued after the 2015 model year, but used versions can still be found. The Mazda 5 was praised for its low ownership costs and affordable price tag. It also offered a comfortable ride and was fun to drive. While it doesn’t offer the modern features that current minivans offer like an infotainment system, power sliding doors, or a power liftgate, it is a comfortable people-mover for drivers who don’t need a lot of bells and whistles.

If you’re looking for a new car for family hauling, the practicality and utility of a minivan can’t be beat. While many drivers would prefer a more stylish midsize crossover, those who fully embrace minivan ownership can enjoy many convenience features that make family hauling easier and more enjoyable. And if you want the most convenient and comfortable ride for your family, you probably want to make sure your minivan is reliable as well. The above models will help protect your most precious cargo, and you’ll likely want to keep them even after a minivan isn’t necessary. For more information on minivans, be sure to check out our list of the Best Minivans.

If you’re in the market for a new or used car you can search over 4 million used and new minivans, trucks, cars, and SUVs with iSeeCars’ award-winning car search engine that helps shoppers find the best car deals by providing key insights and valuable resources, like the iSeeCars free VIN check report. Filter by vehicle type, front or all-wheel drive, and other parameters in order to narrow down your car search.

This article, Most Reliable Minivans, originally appeared on iSeeCars.com 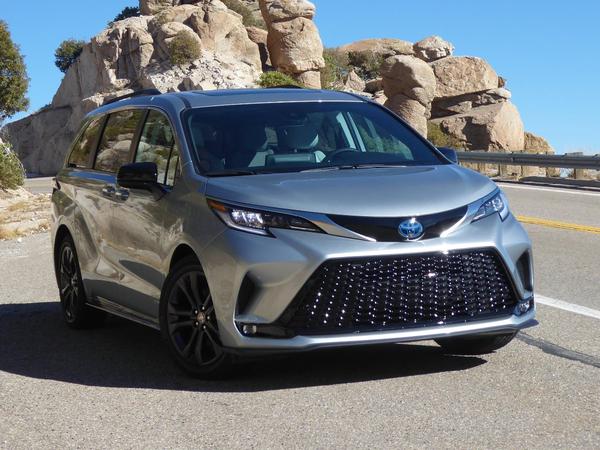 There has tobe some interesting social science research into why people think the cars their parents drove are uncool.I grew up in the '90s, which meant I rode around in a minivan a lot. Now, this was... 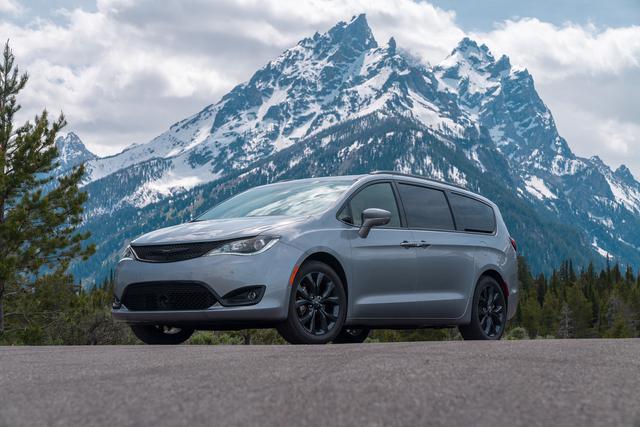 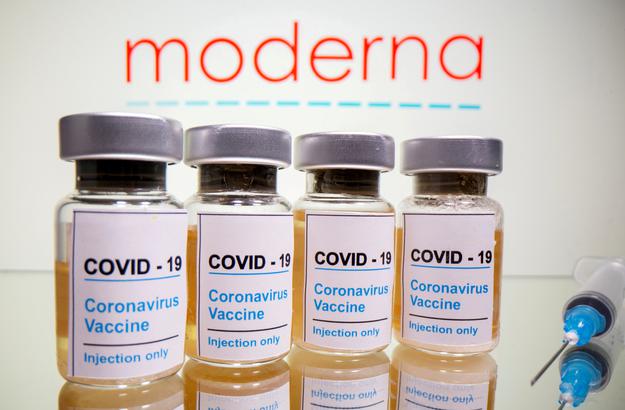