MENU
Home > Minivan > Up Close With the Volkswagen ID. Buzz: Not Your Average Minivan

Up Close With the Volkswagen ID. Buzz: Not Your Average Minivan

The traditional minivan class is something of a stagnant segment in the U.S., with automakers having left it to turn their attention to SUVs. The all-new Volkswagen ID. Buzz, with its heritage-inspired design and all-electric drivetrain, doesn’t fit neatly among the other minivans available today, and there are better choices for those who need a family workhorse, but there’s no question it’ll inject some life into the class when it arrives in the U.S. in 2024. We got our first look at the new, production-ready ID. Buzz at the 2022 New York International Auto Show.

The ID. Buzz’s exterior design largely stays true to the look of the concept that debuted back in 2017 with its very short front and rear overhangs, rear sliding doors, two-tone paintwork and a giant VW logo set between the headlights. The connection with the original T1 Microbus is unmistakable, but the look overall is more modern than retro.

One of the most striking things about the ID. Buzz is how tall it is at 76.3 inches, which is 8 inches taller than a Honda Odyssey minivan and a half-inch taller than a Chevrolet Tahoe full-size SUV. Be sure to check the height of your garage door before ordering. 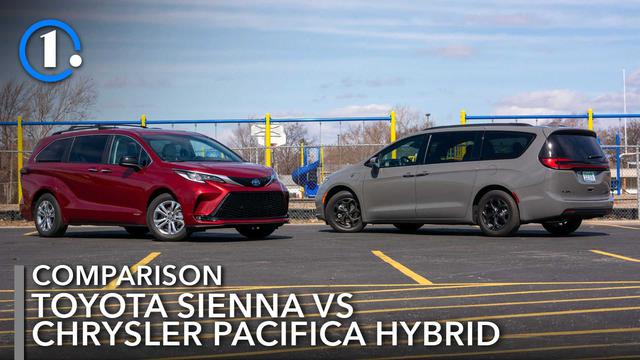