U.S. News Announces the 2022 Best Cars for the Money

Hyundai wins more awards than any other brand.

WASHINGTON, Jan. 20, 2022 /PRNewswire/ --– U.S. News & World Report, the global authority in rankings and consumer advice, today unveiled the2022 Best Cars for the Money awards. Covering 11 automotive categories, the awards put a spotlight on cars, SUVs and minivans that represent the best combination of long-term value and excellent ownership experience. For the second time, U.S. News will present the Best Cars for the Money awards at the Washington, D.C. Auto Show.

"Buying a new car is a big decision, and finding a car that is a good value requires more than just a low price tag," said Jim Sharifi, managing editor of U.S. News Best Cars. "The least expensive car on the lot could carry high ownership costs, or be poorly suited to the buyer's needs. A Best Cars for the Money award represents a strong value at the dealership and over the course of ownership. These vehicles also provide a rewarding ownership experience, with comfort, features and performance that buyers will appreciate."

Hyundai won five Best Car for the Money awards this year, which is more than any other brand. Honda earned three, while Kia, Nissan and Toyota each earned one. The Honda Odyssey won this award for the sixth time, while the Toyota Avalon now has four Best Large Car for the Money wins under its belt. The Honda Civic earned the award for the third time, while two-time winners include the Hyundai Kona, Hyundai Santa Fe, Hyundai Tucson and Nissan Versa. The Honda Accord, Hyundai Elantra Hybrid and Hyundai Tucson Hybrid each won the award for the first time

Within each class, the award winner has the best combination of quality and value. We measured quality using a car's overall score in the U.S. News Best Car Rankings. The overall score is based on safety and reliability data, as well as the collective opinion of the automotive press on a given model's performance and interior and how strongly each reviewer recommends the car. We measured value by looking at each model's real-time transaction prices, provided by TrueCar, and five-year total cost of ownership data, calculated by Vincentric.

"The Washington, D.C. Auto Show is honored to once again host the 2022 Best Cars for the Money awards during our Public Policy Day on January 20," said Washington Auto Show President and CEO John O'Donnell. "These awards have become an essential component to our annual show, just as U.S. News is an integral part of the consumers' decision-making process when purchasing a new vehicle. We look forward to providing our show goers with cars that fit their lifestyle, on their budget."

Since 2007, U.S. News Best Cars, the automotive channel of U.S. News & World Report, has published rankings of the majority of new vehicles sold in America. Each year, U.S. News also publishes the Best Cars awards, including Best Vehicle Brands, Best Cars for the Money and Best Cars for Families. U.S. News Best Cars supports car shoppers throughout the entire car buying journey, offering advice for researching cars, finding cars for sale near you and getting the best rate on car insurance. U.S. News Best Cars had more than 81 million visitors over the past year, with the majority actively shopping for a car. More than 70% of active shoppers reported that U.S. News influenced their car-purchasing decision, saying that they trust our advice to be unbiased and that they would recommend our site to others. 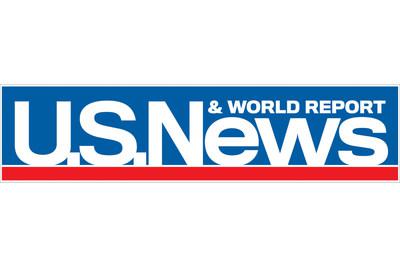