One person suffered serious injuries following a collision between an e-bike and a minivan around noon Thursday.

According to the Peterborough Police Service, the collision occurred at the intersection of Sherbrooke and Stewart streets involving an e-bike and a minivan hauling a utility trailer. Police say the operator of the e-bike was transported to Peterborough Regional Health Centre in serious condition. 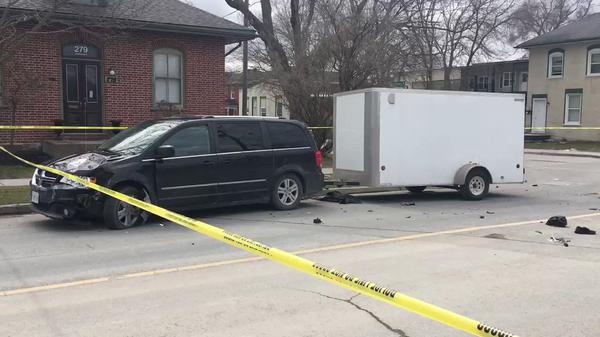 Police remain at the scene are investigating the collision.

TRAFFIC: @PtboPolice have taped off the intersection of Sherbrooke Street at Stewart following a collision between a van and a motorcycle. The crash happened just before noon #ptbonews pic.twitter.com/xBgR3TIpgG

“It is expected this intersection will be closed to motor vehicle traffic for several hours,” police stated at 1:20 p.m. “The public are encouraged to avoid this area.”

The intersection reopened around 5:10 p.m.