Jack Munger said it was difficult for his wife to climb into his pickup truck after she broke an ankle in February.

So when it was time to head home after three days in the hospital, the Battle Creek couple secured a lift in a black minivan wrapped in stars and stripes.

“They bring my wife right into the house and make sure she’s settled before they take off and leave; same thing when they take us to the doctor," Munger said. "So far, they have been great. All the drivers have been nice and conversational. I call Battle Buddy and they are there, Johnny-on-the-spot."

Before becoming a Battle Creek area firefighter and paramedic, Hedrington spent eight years in the Marine Corps. The married father of four said he noticed a gap in non-emergency medical transportation in the region, and thought he could use his experiences as a veteran and first responder to bring compassionate and reliable service to the Battle Creek area.

"Everybody has to have a buddy to go with them to and from places. That’s what our business is. We’ll be your battle buddy," he said. "We’ll talk to you if you are having a bad day. If you are depressed, we’ll sit and talk to you. We’re not just going to transport you and drop you off and leave. We’ll go the extra step to make sure you have what you need."

Hedrington said he started with a one-year business plan, hiring a couple of employees to drive the company's two vans. But given demand, that quickly changed into a "one-month business plan." They have since expanded to a fleet of four vehicles, and now have seven employees while looking to hire additional part-time and full-time drivers for nights and weekends. 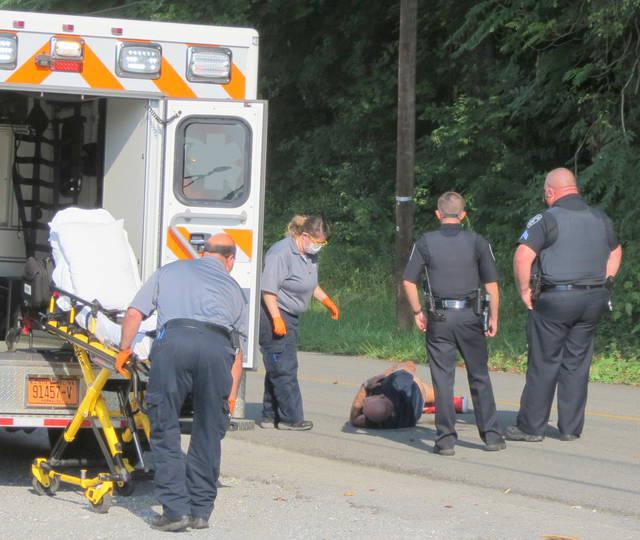 Battle Buddy is licensed and insured to transport clients anywhere within the state of Michigan, typically serving up to a 50-mile radius of Battle Creek, though they are willing to drive further with advance notice. The company is unique in that it is one of only a few companies in the state to offer Broda wheelchairs to its clients.

The tilt-in-space positional chairs have been crash tested and rated by the University of Michigan Transportation Research Institute. Hedrington said the chair allows him to transport individuals who would typically need a stretcher via an ambulance, but "at a fraction of the cost."

Hedrington graduated from Constantine High School in 2001 and soon thereafter enlisted in the Marine Corps. He was in boot camp during the Sept. 11 attacks, and said the events shaped his years in the service. He was an airport firefighter and later volunteered for a combat tour in Iraq, serving as a military and police advisor in preparation for the eventual withdraw of American troops from the nation.

After his honorable discharge in 2009, Hedrington returned home and worked in underwater construction before deciding to set his roots and "find something a little bit safer" — so he went back into the fire service. He then attended Kellogg Community College to become a certified paramedic.

Hedrington advertises "disabled veteran-owned" on his company vans and website, saying he has post-traumatic stress disorder. In October of 2021, he was awarded a 1-year-old medical alert service dog named Ruby through the non-profit "Got Your Six," which provides service dogs and training for free to select veterans and first responders.

"Mental health is hidden. Once you have a service dog, it’s no longer hidden," Hedrington said. "Putting disabled veteran-owned on my vehicles and putting that on my website, it’s trying to bring to light there is still a mental health stigma where it’s still taboo to talk about it, especially in the first responder, police, fire, EMS communities... Especially having a service animal, it’s like having an elephant in the room. It needs to be talked about and discussed. I think we’re moving in the right direction as a nation, but there’s a lot of progress to be made.”

As for the future of his business, Hedrington said he intends for it to stay rooted in Battle Creek, but would like to eventually branch out into other cities.

"If we get more interest, if word spreads like wildfire as it has so far, we very well could be in other cities in Michigan, " he said. "Really, the future is unknown." 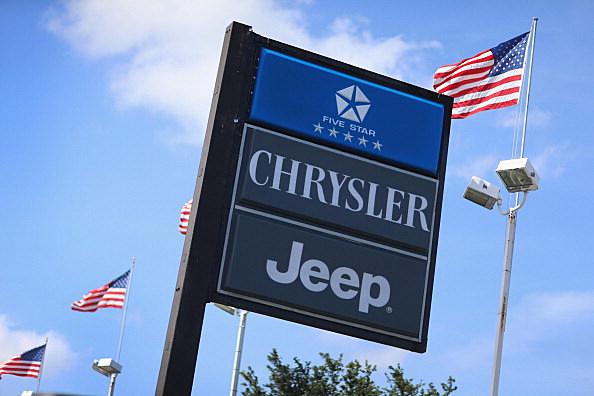