Bullet Points: No attempt at completeness, simply comments on oneweek’s driving experience—balanced against decades ofexperience and hundreds of comparisons.Not long ago; Story 1,...Story 2I was helping friends move, now it is my turn. 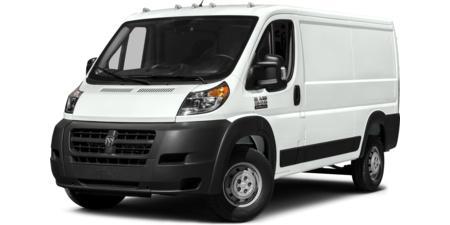 Making the job easier has been a series of small and medium cargovans currently sold in the US. Last week I drove Ram’s 2016 ProMasterCity van, the Tradesman edition. The name is apt as I think it’s adelivery vehicle best suited for in-city use or for a localtradesman—plumbers, electricians, carpenters—and here’swhy I think so.

This is a rather remarkable box-on-wheels, powered by a 2.4-literTigershark engine from FCA and employing its multi-air technology forbetter fuel economy, better emissions regulation, and more power. Connectedto a 9-speed automatic—that’s not a typo, and an exclusive inits class—it delivers plenty of performance (178 horsepower and 174lb-ft torque) while delivering, for me, over 21 mpg in hard use; it’srated for 29 on the freeway by EPA.

The 2016 ProMaster City is intended as a fleet vehicle. If youwanted further bling or creature comforts you’ll wantthe Wagon SLTwhich begins pricing at $26,070 versus my City’s $23,445 entry price.This is where my knowledge of vehicles runs thin. In this fleet-dominatedsegment, TCO or total cost of ownership rules supreme. That means fueleconomy, reliability, and durability are more important than anything else.Never being humble about these things, there’s something that thisoverlooks, and that is noise abatement. On the freeway my Tradesman was, ontruly nasty, horrid pavement, as noisy as a Kiss concert. To be fair, ongood pavement it’s not so bad, though still nothing like a RamLaramie. This is a fact about commercial vehicles. It’s equally afact that the 50-200 pounds of noise abatement material necessary to quietthis box would affect fuel economy, thus the bottom line in an industrywhere 0.5 mpg can translate into tens, even hundreds of thousands ofdollars per year for a fleet owner.

I spoke about this to some Ram folks at the Chicago Auto Show and waseducated about TCO. So let’s explore more of the good things aboutthe City, like it’s station wagon-like low liftover height, areasonable amount of D-rings for cargo tie-down in what is a blank canvasfor upfitters, and there are doors seemingly everywhere. Those doors permitloading through either side or the rear, with sliding side doors a’la minivan. That made loading simple and swift and from my experience theyare rock solid, adding no rattles and structurally a brick. Oh, thevehicle’s capacity is a tad over a hundred pounds short of a full tonand the box holds 131.7 cubic feet of cargo. That we tried out, oh yes wedid.

A friend needed to move her queen mattress and box springs. That was a dayI wished I’d had the full sized ProMaster as squishing the mattressinside, then fitting the (fortunately) separable box springs was less fun,but successful. Nonetheless, capacity for a queen-sized mattress wassurprising. And while I didn’t load any plywood, standard sheets ofpaneling or sheetrock fit between the wheel wells and lie flat, as canpallets of goods loaded by a fork lift. What I did load was constructiondebris bound for the recycling center, over a cubic yard and the fullopening doors were a blessing both loading and unloading.

Part of the chassis strength is due to The 2016 Promaster City’s useof an aluminum ladder frame between the front wheel drive engine’sblock and its steel oil pan for more rigid structure. That engine uses abalance shafts, acoustically dampened intake and fuel rail for less noise,a “smart” alternator that only uses and creates energy asneeded, even the A/C compressor operates with variable duty cycles tofurther manage energy and improve fuel economy.

What you might not know is that despite the 2016 PromasterCity’s European origins as a Fiat Doblò, its suspension wasre-engineered in North America for our heavier (meaning bad roads) dutycycle. It uses familiar MacPherson front struts and independent coil-springbi-link rear suspension for improved ride and handling compared to a solidaxle and leaf spring rear end.

Overall I liked the vehicle and found it immensely useful as asmall goods delivery van—larger goods are better left to itsProMaster sibling.

The 2016 RAM ProMaster City’s handling was more like a CUV than atruck, its acceleration in keeping with a four-cylinder CUV, which, inessence, it is. While I think that having a larger, perhaps 6-8”navigation and audio touch screen would be good, more noise abatementmaterials even better, I suspect that fleet purchasing agents would thinkme naive.Them I ask, why are you having trouble finding drivers? I alsoask FCA and Ram why no AWD. Heck, with a quieting package and AWD I’dconsider a 2016 ProMaster City for my next wagon - after bolting a couchinto the back. 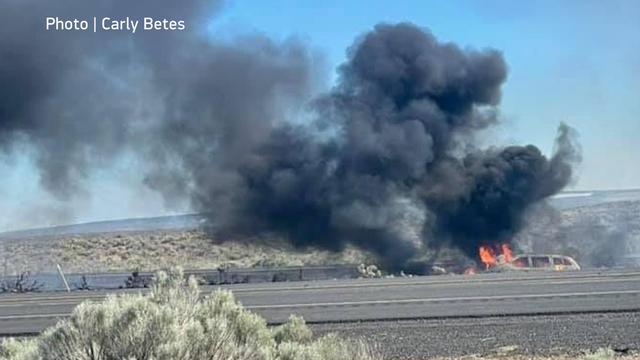