It’s hard to fault the current breed of Ford Focus. With keen pricing and a variety of engines, gearboxes and body styles to choose from, it lays a strong foundation, which it builds upon with a great drive and good build quality. The only question mark is its rather disappointing Driver Power showing. Given both that and the inherently competitive nature of the family hatch segment, it’s best to shop around to be certain you’ll find a good buy. 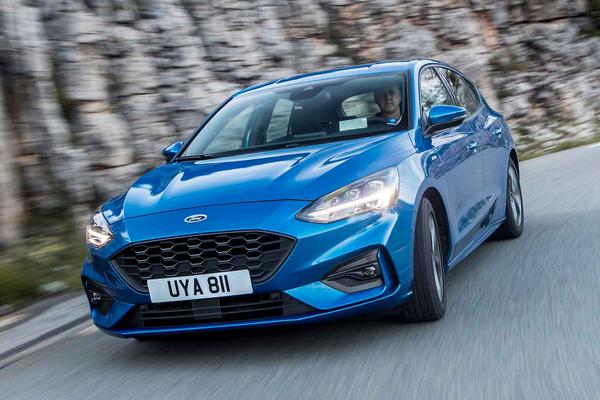 By the time the Ford Escort went off sale in 1998, it was well past its sell-by date. That became even more apparent when its replacement was revealed: the sharply styled Focus, which genuinely moved the game on for small family cars.

With each generation, the Focus got ever more impressive in terms of comfort, safety and practicality, and while the first take is generally regarded as the Focus’s finest hour dynamically, Ford’s hatch has long been at (or towards) the top of the class for driving enjoyment. By the time the Mk4 arrived in 2018, Ford had sold more than seven million Focuses globally, and this model is more accomplished than ever.

The Mk4 Focus arrived in September 2018, as a five-door hatchback or estate. Buyers could choose between 84bhp, 99bhp and 124bhp versions of the 1.0-litre EcoBoost petrol engine, or there was a 1.5 EcoBoost unit offered with 148bhp or 179bhp. Diesel fans could pick 94bhp or 119bhp versions of the 1.5-litre unit; the latter came with an automatic or manual transmission, just like the 148bhp 2.0-litre diesel motor, which was also available.