COLLEGE STATION, Texas — All lanes of Wellborn Road are back open after a car vs. train crash occurred Friday afternoon.

The crash occurred around 12:30 p.m. A silver BMW was driving south on Wellborn when the driver reportedly suffered a medical emergency, resulting in them losing control of the vehicle, veering left into a red KIA, according to Officer Tristan Lopez, Public Information Officer for College Station Police, said. 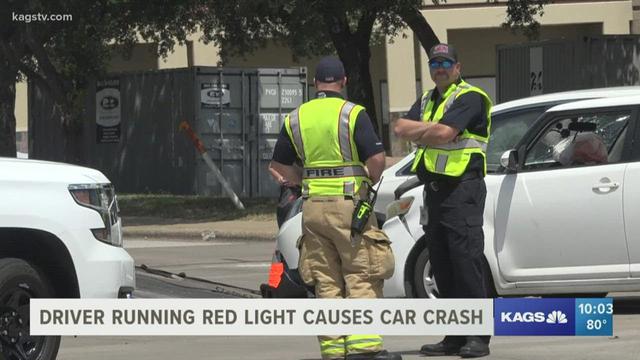 Officer Lopez then added the BMW then veered off right to a nearby train track, striking a passing train.

The driver was not injured in the crash but was transported to the hospital for medical treatment.

The driver of the red KIA was not injured. Both cars were severely damaged.

🚨Car vs. Train Crash🚨
- Wellborn Rd, in between Luther St and Lonnie Ln (College Station)
- Two cars involved (severe damage)
- @CSTXPolice arrived on the scene an hour ago.
- Both lanes were closed but now one is open.@KAGSnews pic.twitter.com/CNcxTUmJxx

All lanes of Wellborn Road are closed between George Bush Drive and Holleman Drive for a car vs. train crash. Expect traffic delays in the area. pic.twitter.com/ZglmRNCjmz