• The Toyota Corolla Cross has officially debuted in South Africa.

• Based on the Corolla Sedan, the Cross looks to offer customers more practicality.

The much-anticipated Toyota Corolla Cross has officially launched in South Africa. With a starting price of under R350 000, the new crossover looks to offer South Africans the practicality associated with this body style while continuing the trust the Corolla badge has garnered over 12 generations.

The Corolla Cross joins the existing Corolla family that comprises the sedan, hatchback, and Quest. The latter is the more affordable option in the family, having been built on the eleventh-generation Corolla.

Another aspect of the Corolla Cross is that it is produced locally at the Japanese automaker's Prospecton Plant in Durban, Kwazulu-Natal. By doing so, the automaker could keep pricing competitive and introduce the hybrid variant as the most affordable hybrid in SA.

KEEP UPDATED on the latest Wheels news by subscribing to our FREE newsletter, 'Let's Drive'

Three grades will comprise the Corolla Cross line-up, these being Xi, Xs, and Xr. As the entry-level model, the Xi is fitted with all the basic technology and equipment to make it a worthwhile proposition. As such, it rides in 17-inch alloy wheels, has controls on the steering wheel, cruise control, all-round one-touch electric windows, and Toyota Connect - to mention a few. 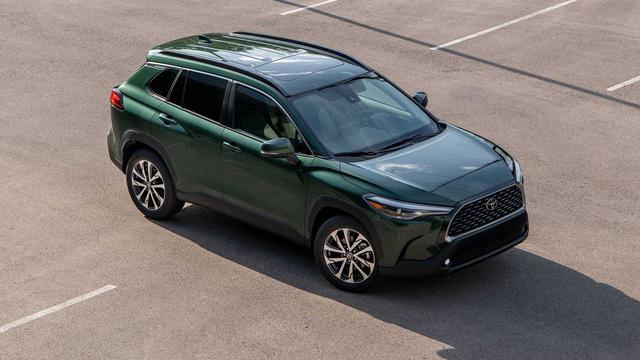 Standard across the range is a comprehensive safety and security package:

• Driver + Passenger + Side airbags across the board

Toyota's trusted 1.8-litre petrol engine powers the entire range. In the non-hybrid models, it produces 103kW and 173Nm. According to Toyota, the motor has a claimed fuel return of 6.8-litres/100km and a CO2 emissions rating of 154g/km. Power is sent to the front wheels via a continuously variable transmission (CVT) with seven pre-programmed steps in manual mode.

The hybrid model makes use of the same engine, but power has been detuned to 72kW and 142Nm. The electric battery offers 53kW and 163Nm at full capacity, but the use of the CVT brings the total system output to 90kW. Toyota claims an economy of 4.3-litres/100km on this model and a CO2 index of just 98g/km.

All Corolla Cross models are sold with a six-service or 90 000km service plan and a three-year or 100 000km warranty. The hybrid models carry an eight-year battery warranty.