This Is a Rendering of Tesla's Cheaper Hatchback Model in Development

With loose plans announced last year, we now have a render of Tesla‘s entry-level hatchback, dubbed “Model 2.” Brazilian designer Kleber Silva put together a rendered design of the cheaper electric vehicle currently being developed by Elon Musk and his team.

Drawing from the current Tesla models available, the Model 2 render looks to blend elements of the Model 3 sedan and Model Y for a compact option perfect for the city. The car is expected to see Tesla offer its redesign of the traditional hatchback design, adding new functionality and convenience factors inline with its design ethos. It is interesting to note that the Model 2 will serve as the first Tesla model to be built outside of the United States, with assembly set to take place at Tesla Giga Shanghai. 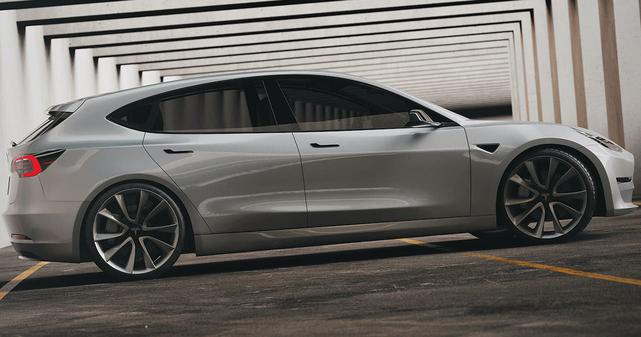 Reportedly set to be priced around $25,000 USD, take a look at the render for the entry-level Tesla Model 2 hatchback above.

In case you missed it, Tesla Inc. recently announced its $1.5 billion USD investment into Bitcoin and plans to start accepting cryptocurrency payments.