MENU
Home > Hatchback > The Tesla Model 2, the End of All Other EV's

The Tesla Model 2, the End of All Other EV's

Tesla's Master Plan Part 2 was written in 2016. Tesla's more recent plans for vehicles were announced at their Battery Day even a few months ago where they specifically outlined their plans for a lower cost ($25K) car, since dubbed the Model 2. Even though the press is trying to advance the delivery timeline, Elon said it would be coming out in 2023. I'm sure that we will get more info on the entry level model later this year, and it may be built next year. One key point will be the mass production of 4680 batteries, and stamped frames, to drop the manufacturing costs to be lower than combustion engine (ICE) vehicles. The pilot 4680 battery factory in Fremont is working now, but I don't think that Tesla will be able to consider the "Model 2" for the U.S. until the new 4680 battery factories in Germany, Texas and Nevada get up to mass volume production next year. I think that China will start building a small compact hatchback Tesla using LFP batteries maybe as early as later this year, or early 2022. Both the Asian and European market are asking for a lower priced, more compact Tesla, along the lines of the wildly successful Renault Zoe. And I think that Tesla will build it within a year from now, but I am not certain that the new, smaller EV will be coming to the U.S. Also if Tesla can have one of the EV support bills go through to allow Tesla and GM to qualify again for the $7500 tax credits, then many EVs will be close to the $25K pricing once you add in the state and other subsidies. Of course that benefit would work for GM's Bolt as well, bringing it's net price close to $20K, and definitely under the $25K mark. So we will have to see how it pans out. Ultimately, EV price drops will benefit everyone. 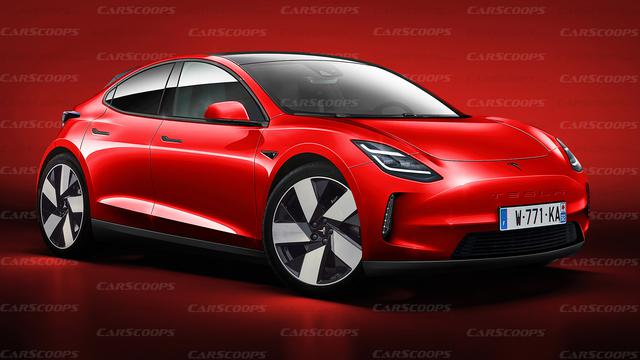