Half of Tesla’s current lineup of four electric vehicles are SUVs, though they more resemble the tall hatchback coupe versions of European luxury brands’ SUVs than utilities with a more traditional, boxier shape. But as with other brands, buyers are gravitating more and more to the SUV products.

Related: Audi SUVs: A Buying Guide to Help You Find the Right One

Tesla has had the all-electric SUV space pretty much to itself since the Model X rolled out in 2015, nominally as a 2016 model, though Tesla does not march strictly to the model-year drummer — one of many areas where Tesla chooses to operate differently from a typical automaker. Now, however, electric SUVs from luxury rivals such as Audi, Jaguar and Porsche are on the road, and others are in the pipeline. For now, however, Tesla’s “cool” factor, long range, efficiency and near cultlike following still dominate the EV marketplace.

One of the marks of Tesla’s unusual operating style is continual change in vehicle operation and features through over-the-air software updates rather than bunching them in a model-year change. Ongoing change also applies to product configurations and pricing, so any descriptions here are as of this writing and might (read: will) change at any time. For the Model 3 car and Model Y SUV, for example, Tesla dropped some prices in February but has increased them since.

Also, a cheaper rear-wheel-drive Model Y Standard Range appeared in early 2021 only to disappear from Tesla’s online order site shortly after. In a tweet, Tesla chief executive Elon Musk explained that the entry model wasn’t up to Tesla’s “standard of excellence” for range (EPA-rated at 244 miles) but would still be available “off menu” by phone or at Tesla’s company-owned stores. But that, too, did not last long and as of this writing, both Tesla’s site and my local store say it’s not available to order.

One more note on pricing for EV shoppers: Any federal tax credit for buying a Tesla ran out at the end of 2019. Tesla total sales exceeded the 200,000 cap to qualify for the $7,500 federal EV tax credit. GM is in the same boat, while a raft of new rivals will qualify for the credit. There are various plans to change the law on this, but nothing is certain. 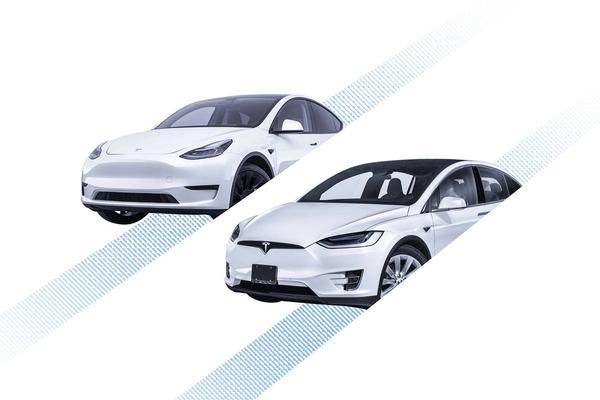 A signature feature of all Teslas, including its two SUVs, is the Autopilot system, which despite the name is a suite of driver assistance features that still require the driver to be in charge. The system now uses eight external cameras, a radar and 12 ultrasonic sensors. All Teslas have the basic Autopilot system, primarily adaptive cruise control and lane-centering steering, along with a package of safety tech including automatic emergency braking.

A $10,000 option is Autopilot with Full Self-Driving Capability. It’s a work in progress that still requires the driver to be hands on and in charge. The promise is that the capabilities will be expanded and upgraded continuously with the eventual goal of autonomy. Features include more advanced cruise control, automatic steering, automatic lane changes, automatic parking and the capability to summon the car in a parking lot to come to you autonomously, and the capability to work with the navigation system to actively guide the car “on most highways” to your destination.