This solid sales growth was mostly due to plugin hybrids (PHEVs), which saw their sales jump by 117% YoY, to 65,581 units. Meanwhile, BEVs (50,246 registrations) did have sales growth as well, but a more moderate 27%.

With the first 2021 units coming from Fremont (as well as Shanghai), the Model 3 won last month’s best seller title, its first since last September. Tesla’s expected high tide is still in March, though, and its electric competition is continuing to recover from the market’s December peak, so the sports sedan should win another trophy next month.

Last month, we had the Peugeot e-208, one of the most interesting small BEVs around, join the best sellers list. The small French hatchback was living in the shadow of its arch rival, the Renault Zoe, in 2020, but this year, the two models are much closer. 2021 could be the little pug’s breakout year.

#1 Tesla Model 3 — The sports sedan returned to form, by scoring 5,506 deliveries last month, allowing it to have its first monthly win since last September. This is a promising sign for the upcoming March high tide, when over 15,000 deliveries seem like a realistic target. Regarding February, the Model 3’s main markets were Germany (1,910 units) and France (1,166), with Austria (369) and Norway (334) following at some distance.

#2 Volkswagen ID.3 — The pull-forward stunt of last December had its downside in January, when the German hatchback was just 5th, but fast forward to February and recovery is now on its way, with the Volkswagen model scoring 3,808 deliveries. We believe that by March we should finally start to see the real demand level of the electric hatchback. Regarding February, Germany was by far the best market for the Volkswagen nameplate, with 1,892 deliveries, followed by France (361 units) and Austria (260).

#3 Renault Zoe — The low 3,620 delivery number shows that the French hatchback is yet to recover from last year’s end-of-year peak effort as well as growing competition in its segment, but we should wait for March’s final results before jumping to conclusions, as Renault is known for unexpected end-of-quarter peaks. Last month, the main markets were the usual, with Germany (1,424 units) leading, followed by France (1,074), while Italy (285) was a distant 3rd.

#4 Volvo XC40 PHEV — The smallest of Volvo’s PHEV lineup is now the PHEV du jour in Europe, as the carmaker sees its plugin hybrid versions as just another trim line in Europe, facilitating sales across its lineup, especially of the XC40, which sits at the heart of the hot compact SUV category. In February the Belgian-built Volvo scored 3,602 registrations, earning its 2nd Best Selling PHEV title in a row. The markets where the Volvo plugin was in high rotation were Germany (529 units), Italy (518), Sweden (447), and France (371). Without production constraints and currently experiencing strong demand, the compact Volvo is a strong candidate for the 2021 Best Selling PHEV title.

#5 Peugeot e-208 — Thanks to a competitive package (50 kWh battery, 100 kW charging rate) and distinctive design, much was expected from the small Peugeot last year, but ending 2020 in a low 8th spot, with a third of its arch rival Renault Zoe’s registrations, one couldn’t say that the Peugeot model had set the market on fire. Several reasons might explain this, but the truth is that this year things should be looking better, with February signaling the e-208’s first top 5 presence in 12 months. Last month, the French EV registered 3,062 units, with the biggest market being its homeland France, which had 1,484 registrations, followed by Germany (596 units) and Italy (184 units).

Looking at the rest of the February table, the highlights show up in the lower half, with the Volkswagen Golf PHEV showing up at #15, immediately followed by the #16 Fiat 500e, with the Italian EV now aiming to displace the Volkswagen e-Up from the city car leadership — although, the Smart Fortwo EV, 18th last month, might still have a word to say in this race, set to be one of the most thrilling categories of the year.

Outside the top 20, a mention goes out to the Toyota RAV4 PHEV, as the Japanese automaker continues to (slowly) ramp up the deliveries of this model. It reached 1,444 registrations last month, a new record for the Japanese SUV. Will we see it on the table soon?

Looking at the 2021 ranking, the main news was the Tesla Model 3 shooting to #3, with the sports sedan on its way to the leadership position in March. The Volkswagen ID.3 also improved its standing, climbing one position to 4th. The same thing for the Peugeot e-208, which was up one spot from 6th to 5th. The Volvo XC60 PHEV jumped 4 positions, joining the top 10 at #9, highlighting Volvo’s good moment.

In the second half of the table, the small Volkswagen e-Up joined the table in #15, stealing the Best Selling City Car title from the #18 Smart Fortwo EV. The new Fiat 500e joined the table for the first time, in #20. The category title is promising to be hardly fought between these 3 models (last year’s title went to the Volkswagen e-Up, beating the Smart Fortwo EV by 2,000 units — 22K vs. 20K).

In the brand ranking, balance is the word, with 6 brands separated by just 3 percentage points. In the lead, we have BMW (10%), immediately followed by Volkswagen and Mercedes, both with 9% share. Then we have #4 Volvo, with 8% (up 2 percentage points), while tied in 5th we have Peugeot and Renault, both with 7% share.

Oh, and don’t forget that Tesla (3%) should join the pack in March. ... Now this is what I call an entertaining race!

Tesla’s midsize sedan is now firmly in the leadership position, having climbed a sizable distance above to the competition in February. More than 4,500 units now separate it from the runner-up spot. The Model 3 saw its sales increase 54% YoY last month, highlighting the fact that it won’t have significant competition in the next few months, as the Tesla Model Y will only land in the second half of the year.

The Polestar 2 (1,171 registrations last month) is the new #2, having surpassed the Mercedes EQC in February, with the Sino-Swede now having a 393 unit advantage over the Mercedes SUV, which delivered 698 units last month, a mere 3% increase YoY — it seems that the German EV has already found its (low) cruise speed.

With the only other significant midsize BEV, the Jaguar I-PACE, selling at a slower pace than these two (393 units last month), the Polestar model can only fear the Ford Mustang Mach-E in the race for the Best Selling Non-Tesla title, as the existing competition doesn’t seem to pose a threat to it and the upcoming BMW i4 will be delivered too late in the year to make up for the lost time.

The e-tron domination is unquestionable but its seemingly never ending growth seems to have finally stopped, with the Big Audi scoring 2,351 units last month, representing a 6% sales drop YoY. Despite this, the Audi SUV seems destined to win another category title this year, with Tesla basically giving up on the Model S & X for the first half of the year. Whether they will recover in the second half of the year, it shouldn’t be enough to compensate for the drought in the first half. The #2 model, the Porsche Taycan (724 units last month) is too niche to go head to head with the e-tron in the sales charts.

Regarding the remaining competition, the Mercedes EQV luxury van is still in 3rd place, with 308 units, but shouldn’t be here for long, as the Audi e-tron GT just landed in February, with its first registrations (212 of them) in Germany (no doubt demonstration units). Expect the Taycan sibling to jump into the bronze medal position soon, thus making a 1-2-3 lead for the Volkswagen Group.

Finally, a note goes out to the upcoming Mercedes EQS. Its design is stirring up controversy. Mercedes could have played it safe and made it a big fastback, a la Tesla Model S (or Porsche Panamera, or its own Mercedes-AMG GT), but preferred to take a chance and make something original. Personally, I appreciate its free thinking spirit, and anyway, Mercedes can afford to keep the EQS as a niche model, its real volume seller in the higher end of the EV market will be the 2022 EQE. The EQE will have to fill some really big shoes, as the regular Mercedes E-Series has been the category’s best selling model for decades. So, anything less than the #1 position for the EQE will be seen as failure by Mercedes management. No pressure, EQE, no pressure....

Have a tip for CleanTechnica, want to advertise, or want to suggest a guest for our CleanTech Talk podcast? Contact us here. 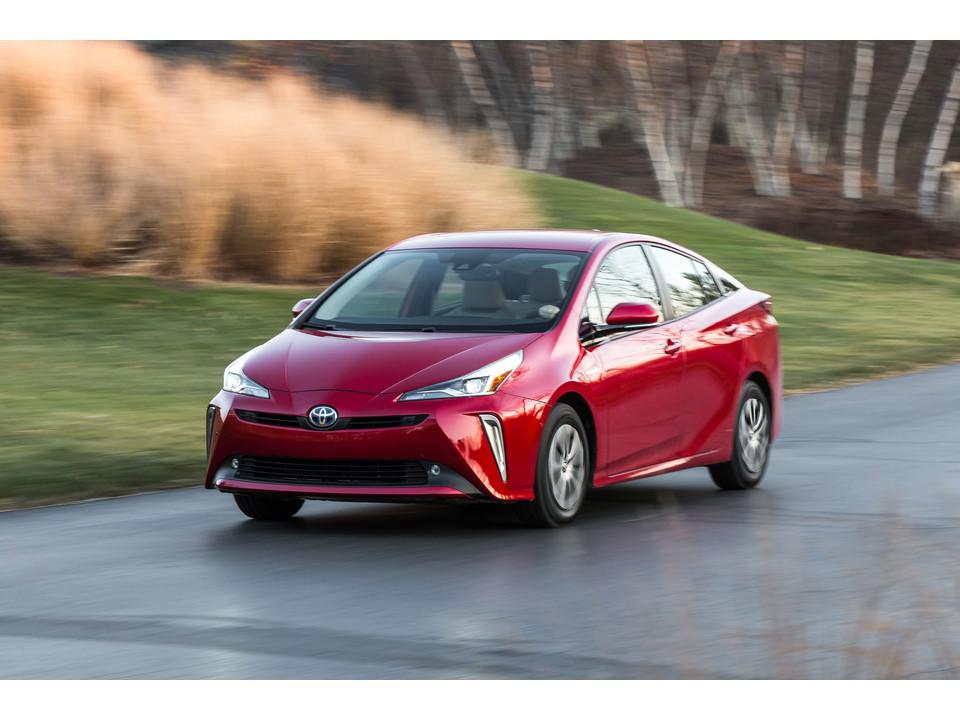 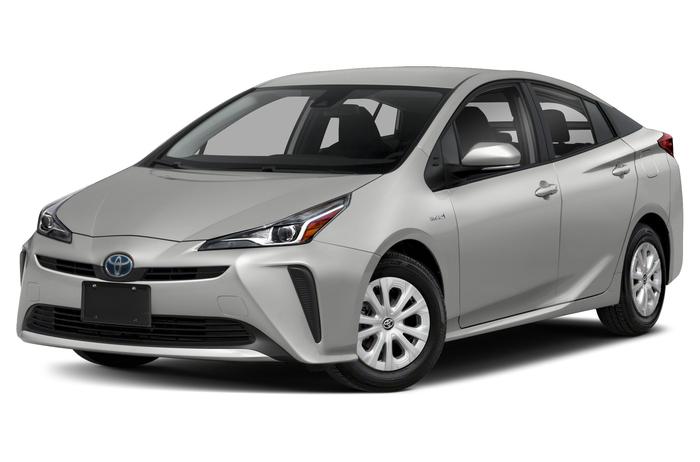 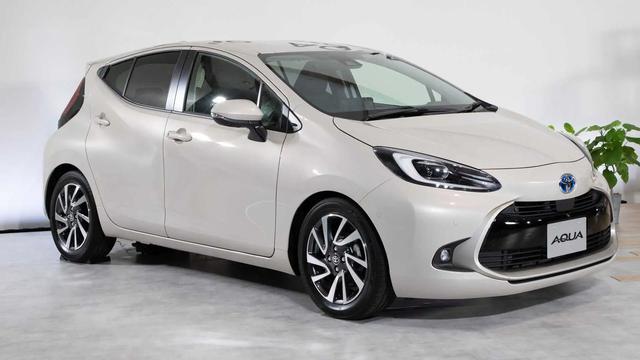