Can An Old Tesla Model 3 Beat The New Model 3?

Is The New Model Always Better Than The Old One?

The new Model 3 weighs 4,065 pounds, which makes it seven pounds lighter than the old Model 3. This is despite each wheel weighing around 2.2 pounds more than the old car. It also features a heavier acoustic glass. Tesla is usually discreet about the size of the battery pack, but the new Model 3 is said to have an 80 kWh Panasonic-sourced battery pack. The old Model 3 comes with a 75 kWh pack. 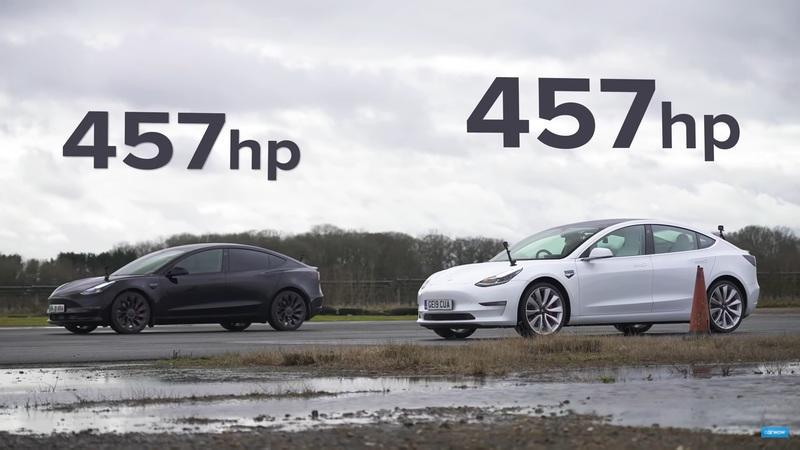 To keep the race fair, both have almost the same amount of charge and are set to the same settings. At the end of three drag races, the cars finished quite close, given the specs. However, it looks like the tires played a part in the starts to some extent. But, the hosts noted that the tires didn’t matter in the rolling races. The new Model 3 comes with Pirelli P-Zeros whereas the old car features Michelin Pilot Sports. In the brake tests, the track was the deciding factor as both the cars tried it on either side of the strip and the results were different; so no clear winner there.

All in all, it doesn’t seem like the new Tesla Model 3 comes with much of a difference in terms of performance. What do you have to say about it, though? Watch the video below and share your thoughts in the comments section.