The 2021 Honda Civic has received a stellar 5-star safety rating from the ASEAN New Car Assessment Program (NCAP). What makes this safety rating even more special is that the tests were performed according to the agency’s new protocol applicable until 2025. 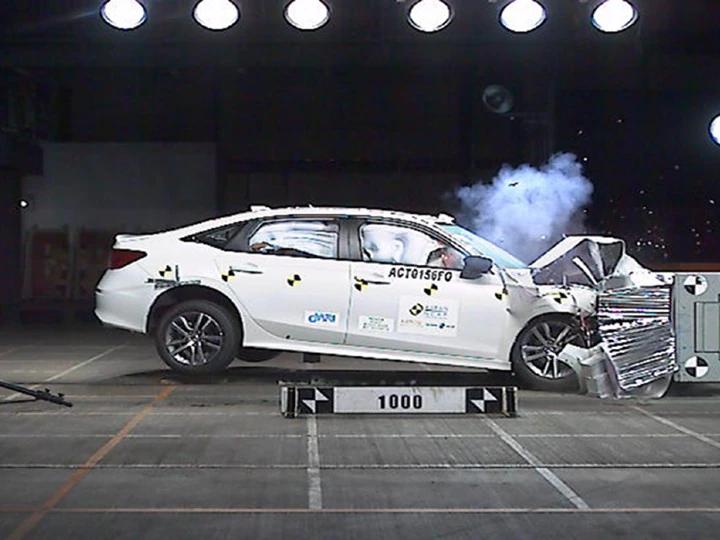 Similar to India, countries like Malaysia and Thailand, too, have a large population of motorcyclists. ASEAN NCAP now has a ‘Motorcycle Safety’ category in the 2021-2025 protocol, in addition to the ‘Adult occupant protection’, ‘child occupant protection’, and ‘safety assist’ categories. Honda has tweaked the 2021 Civic’s AEB system, and it now detects motorcycles in addition to pedestrians and cyclists. It scored 10.39/20 for motorcycle safety, although NCAP awarded the safety tech an impressive 18.16/20 points.

The model tested is sold in Southeast Asian countries and gets standard features like autonomous emergency braking (AEB) and at least four airbags. Adult occupant protection was rated at 36.59/40 and child safety at 18.32/20. Overall, the Civic scored 83.74 points out of 100, translating to its 5-star rating.

While the Civic comes standard with six airbags in some countries, all ASEAN markets get the Civic with at least four standard airbags. The safety kit is on par with Civics sold in European and North American countries, but we’ll have to wait for crash tests by Euro NCAP and IIHS to see how the 11th-gen sedan performs in different testing conditions.

Owing to declining sales and a cannibalistic SUV market, the Honda Civic was discontinued in India when Honda shut down its Greater Noida plant. There’s no word from Honda about the 11th-gen Civic’s arrival. But if it does make it to India, it will take on the Skoda Octavia and Hyundai Elantra.