MENÚ
Hogar > Agua > Is Ferrari’s new Purosangue an SUV or the Hottest Hatch Ever?

Is Ferrari’s new Purosangue an SUV or the Hottest Hatch Ever?

First, in the spy shots, it’s hard to see all the contours. Company development cars are usually covered in weird black and white lines and funny looking paint jobs because they confuse digital cameras. Digital cameras can’t process all of the weird lines and shapes, and the paint jobs can hide all of the intricate folds of a car’s sheet metal. But it certainly doesn’t look like a tall, off-road, SUV with three rows of seats.

The Purosangue is the new crossover or SUV from Ferrari. It will be Ferrari’s first SUV, something that would have been unthinkable just a few years ago. But as the market has shifted and buyers of even supercars want the sightlines and practicality of an SUV that even Ferrari is making one. 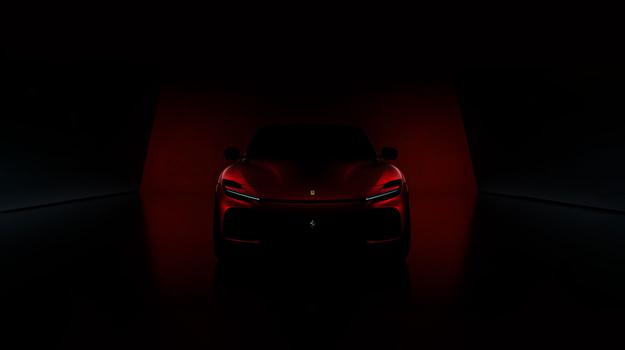 Of course other super car manufacturers are making SUVs, too. The Lamborghini Urus is the best selling Lambo ever. The Bentley Bentayga and Rolls-Royce Cullinan have joined the fray and are literally taking those brands where they have never been before with real off-road capabilities.

What can we see from the spy shots of the Purosangue

The Pursoangue that has been cruising around Italy doesn’t look like an SUV. At all. Instead, it looks more like a tall Ferrari Roma, sort of. It’s to be built on the Ferrari Roma platform. The Roma is a four-seat, well, if two of you are really small, grand touring car with a 3.9-liter V8 mounted in the front.

The Roma has a shark-like face to it, and from the spy shots of the Purosangue it looks like that nose may continue. However, it looks like it will have a large intake below a taller stance with a deep duct under the shark nose.

In other spy shots, it’s clear the Ferrari has a hatchback. But it’s hard to see if it has four doors or two. Two-door SUVs are rare because they reduce the utility of an SUV that is, after all, designed to carry people and their stuff. This, however, is a Ferrari, and even the company’s largest grand touring cars are designed around the driver, not the backseat passengers.

While most SUVs at least try to pretend they have off-road aspirations, other images show the Purosangue is low. Very low. Especially in the rear. It doesn’t look like it will clear the speedbumps outside the local Bijan, let alone rocky trails. But, again, it’s a Ferrari.

Everyone thinks they know what it will be

Ferrari is tight-lipped about the details. There’s not much we know about the Purosangue. The name means “pure blood,” in Italian, or more accurately, “Thoroughbred,” like the horse on the badge. The new spy shots, too, show that the SUV has changed some in shape from a development car that was seen in 2020.

What most are expecting is that the Purosangue will be a four-door, and it will have a V8 that will be augmented by some sort of PHEV or electric drive. Some, like Britan’s Evo magazine, say they can hearFerrari’s V12 from the four exhaust pipes. Others have been sure that it has a version of Ferrari’s twin-turbo V8. The Urus can top 189 miles per hour, so the Ferrari should be at least as quick as that.

Most Ferraris are real-wheel drive, but that’s changing. It will likely have an all-wheel drive system that is similar to the GTC4Lusso’s. In Ferrari released its first all-wheel-drive model the FF, which many say was Ferrari’s first crossover, in 2011. That car had an innovative system that routed power to rear wheels but added a second clutch and an additional driveshaft to power the front wheels.The GTC4Lusso has a similar system. The Purosangue will likely have a similar system.