MENÚ
Hogar > Energia nueva > If Electric Vehicles Can Work in Australia’s Outback, They Can Work Anywhere

If Electric Vehicles Can Work in Australia’s Outback, They Can Work Anywhere

Anti-EV crusaders like to claim that EVs will never be suitable for drivers who need to cover long distances. If you wanted to make that argument, you might cite the vast expanses of the Australian Outback as Exhibit A — and some locals might reply, “You’ve got it arse about, you drongo!”

Mr. Hunter Murray, the owner of an electronics firm and the Vice President of the Australian Electric Vehicle Association, would surely be more diplomatic, but he’s spreading the word that driving electric can be practical even for people living in remote areas. He recently put 8,000 kilometers on his new Tesla Model 3 in a week.

“In the first week of owning this car, we went from Brisbane, down the east coast, right to the southern tip of Victoria, and then came up through South Australia back home to Alice Springs,” he recently told ABC News (that’s the Australian Broadcasting Corporation).

Mr Murray has installed a public charger at his shop in Alice Springs, which is powered by a large rooftop solar array with battery storage. He uses his Model 3 for his business, servicing remote electronic installations such as mobile phone towers.

“Ninety percent of the time [people] use their cars to go to and from work and it’s not really a long-distance thing that they’re looking for,” he said. “If it is, maybe they have a second vehicle that does the long-distance work.”

In Murray’s part of the country, drivers face interminable drives between major towns, so it’s no surprise that EV adoption in the region has been low. However, he drives hundreds of kilometers each day in his Model 3, and says it’s just a matter of being well-organized and patient. “You fully charge at night when you’re asleep and then you top up during the day to get to at least the next town or two, while you have a coffee and a sandwich.”

Of course, he understands that this solution isn’t for everyone — some drivers need to top up quickly and get back on the highway, and for EVs to catch on in the Outback (and other wide-open spaces such as the American West), DC fast charging needs to be widely available and reliable. 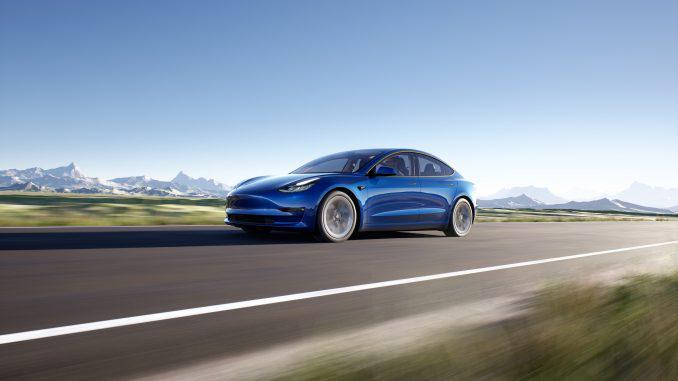 Driving south from Alice Springs on the Stuart Highway, the first gas station you’ll encounter is Stuarts Well Roadhouse, which now features one Level 2 AC charger in addition to the petrol bowsers (gas pumps). Roadhouse owner Peter Murphy, better known as Spud, installed it a few years ago “because I believe it’s the way of the future,” he told ABC.

Of course, a Level 2 charger, which takes four or five hours to fully charge a modern EV, isn’t suitable for highway charging. Spud would like to install a DC fast charging station, which can deliver a top-up in 20 minutes or so, but these are far from cheap.

Hunter Murray estimates the cost of installing one of the newest ultra-fast chargers at around $150,000 Australian ($112,000 US). But in the outback, things aren’t even that simple — there’s no grid power, so Spud’s roadhouse, like most remote service stations, relies on diesel generators, and (apart from the moral issue) these can’t handle the power needs of ultra-fast charging. Doing the job right would require installing solar panels and batteries, adding another $500,000 Australian or so to the bill.

Spud told ABC that there is “definitely a market” for fast chargers in the outback. Would he invest the 650 grand if he had the capital on hand? “Oh, hell yes,” he tells ABC. “Certainly, the more vehicles we have through though, the more warranty there’s gonna be for that.” He added that he spends “hundreds of thousands of dollars” on diesel fuel every year.

Clearly, there’s a need for a large-scale fast charging network in Australia, along the lines of Electrify America or Europe’s IONITY.

Last year the Australian government invested a modest $25 million in public charging infrastructure, but as ABC reports, most of the money went to the metro areas along the coast, and none made its way to the outback.

Image courtesy of Majella and David Waterworth. Read parts one, two, three, four, and more of their road trips around Australia in a Tesla Model 3.

Energy Minster Angus Taylor told ABC that it was “incorrect to claim regional and remote Australia is excluded” from the government’s charging strategy. “The government is addressing charging black spots with targeted co-investment with industry through the $250-million Future Fuels Fund, and has committed to building 403 fast-charging stations, including in the Northern Territory.”

Be that as it may, it’s plain that more highway charging infrastructure is needed. Hunter Murray believes the lack of it is the only major roadblock to widespread EV adoption Down Under. “We’ve proven that we can drive EVs around Australia and long distance, it’s not a problem,” he says. “It’s just that we might need roughly double the time as normal, because of the lack of charging.”

Appreciate CleanTechnica’s originality? Consider becoming a CleanTechnica Member, Supporter, Technician, or Ambassador — or a patron on Patreon.
Advertisement
Have a tip for CleanTechnica, want to advertise, or want to suggest a guest for our CleanTech Talk podcast? Contact us here.
Artículos relacionados