The system takes its name from the oyster, as it follows the principle of closing strongly its shells in case of danger or storm.The flagship system, the SunOyster 16 heat pvplus can supply 4.8 kW of electric power and 10 kW of heat output. The thermal receiver generating heat is made with a steel pipe with a selective absorber and may reach temperatures of up to 170 C. It can be combined with thermal chillers for room cooling. These adsorption or absorption chillers use the heat to evaporate the working fluid, drawing heat from the interior, which is released again through condensation outside of the room.

Another model is the smaller and lighter SunOyster 8, which has a premium design with rounded mirror edges following the idea that a Tesla driver would like to put it on his carport to power his car. In addition, the German start-up is also offering the PVmover, which is a purely electric product using the tracking know-how of the company. The bi-axially tracking PVmover with nine PV modules is claimed to generate 30% more electricity than conventional PV systems without trackers; it measures under 3 m in height, making its installation free of building permits in Germany. 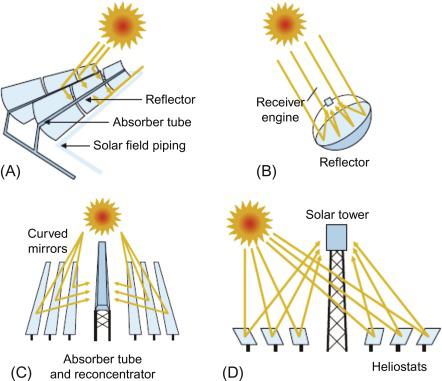 The SunOysters may be either equipped with solar trackers or photovoltaic modules, which would both occupy the same space on the front and lateral sides of the installations. “The present price for SunOyster 16 heat with 10 kW thermal is €8,400 and for the pvplus system integrating photovoltaic modules totaling 4.8 kW is €3,800 including installation. The target price from serial production for SO8 hybrid pvplus with 3.5 kW thermal and 3.8 kWp is €5,800,” Corino further explained.

SunOyster Systems currently uses 20% efficient 390-400 W Vertex modules from Chinese manufacturer Trina Solar. “But there is some flexibility to use modules with varying sizes, too,” Corino added.

The concentrating solar technology was developed as part of the EU-funded SOCool project, which aims to bring the SunOyster system from working prototype to certification, or technology readiness level 9 (TRL 9). The TRL measures the maturity of technology components for a system and is based on a scale from one to nine, with nine representing mature technologies for full commercial application.

“This was achieved in July 2021 with the Solar Keymark Certificate and the start of commercial sales,” Corino stated, noting that several tests were conducted in Scotland, Zambia and China. “They led to various improvements of the azimuth drive and control system now incorporated in the machines.”

From these experiments, the company learned that direct radiation in Scotland is weak so that the PVmover is crucial to achieving satisfying energy yields, and that, in Zambia, the battery in the electric installation has to be dimensioned larger in order to bridge the long power cuts. In China, a leakage in the system resulted in SunOyster Systems always including its own security service in the thermal system, monitoring pressure, flow and solar fluid temperature, Corino concluded.