The car we test-drove, a 2021 Versa SV, came with a 122-horsepower inline 4-cylinder engine and continuously variable transmission. Power has been increased from the 109-horsepower version we drove in 2017. All Versas have the same engine, but a 5-speed standard shifter is standard on the base model. Prices range from $14,980 for the Versa S with the stick shift, to $18,390 for the top-of-the-line SR. Our SV had a base price of $17,990.

Also impressive is the Versa's trunk space of 15 cubic feet. That's bigger than the trunks of some midsize cars. The Versa Note, a hatchback with more cargo room than the sedan offers, was discontinued after the 2019 model year. It is not known when, or whether, Nissan will re-introduce the Versa hatchback in the U.S. market. 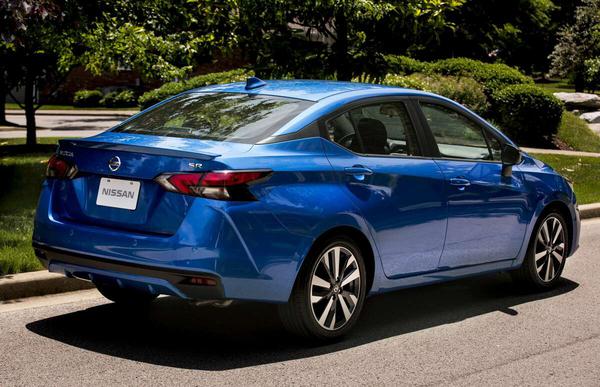 We enjoyed the Nissan's ride and felt power was adequate. The stick-shift model would offer fairly peppy performance compared with the CVT does.

The front-wheel-drive Versa's steering system doesn't provide a great deal of road feel, and handling is on the soft side - reflecting the emphasis on riding comfort. But it always felt solidly under control in highway and urban driving.

Crash tests have not been completed since the 2020 redesign, but the current model appears safer than the somewhat smaller pre-2020 version. It has received 5-star ratings for side impacts, and the Insurance Institute for Highway Safety's top rating of "Good" for side and moderate-overlap-front crash tests.

The Versa's strongest competitors are the Hyundai Accent, Kia Rio, Toyota Yaris and Mitsubishi Mirage. All of these automakers offer subcompact SUVs as alternatives to their softer-selling sedans and hatchbacks, but we've always found small sedans more accommodating than small SUVs - and stronger in terms of "utility," too, lacking only all-wheel drive and mild off-road capability.

Steven Macoy (semacoy@gmail.com) is a longtime car enthusiast and full-time editor who lives in Brookfield, Conn.